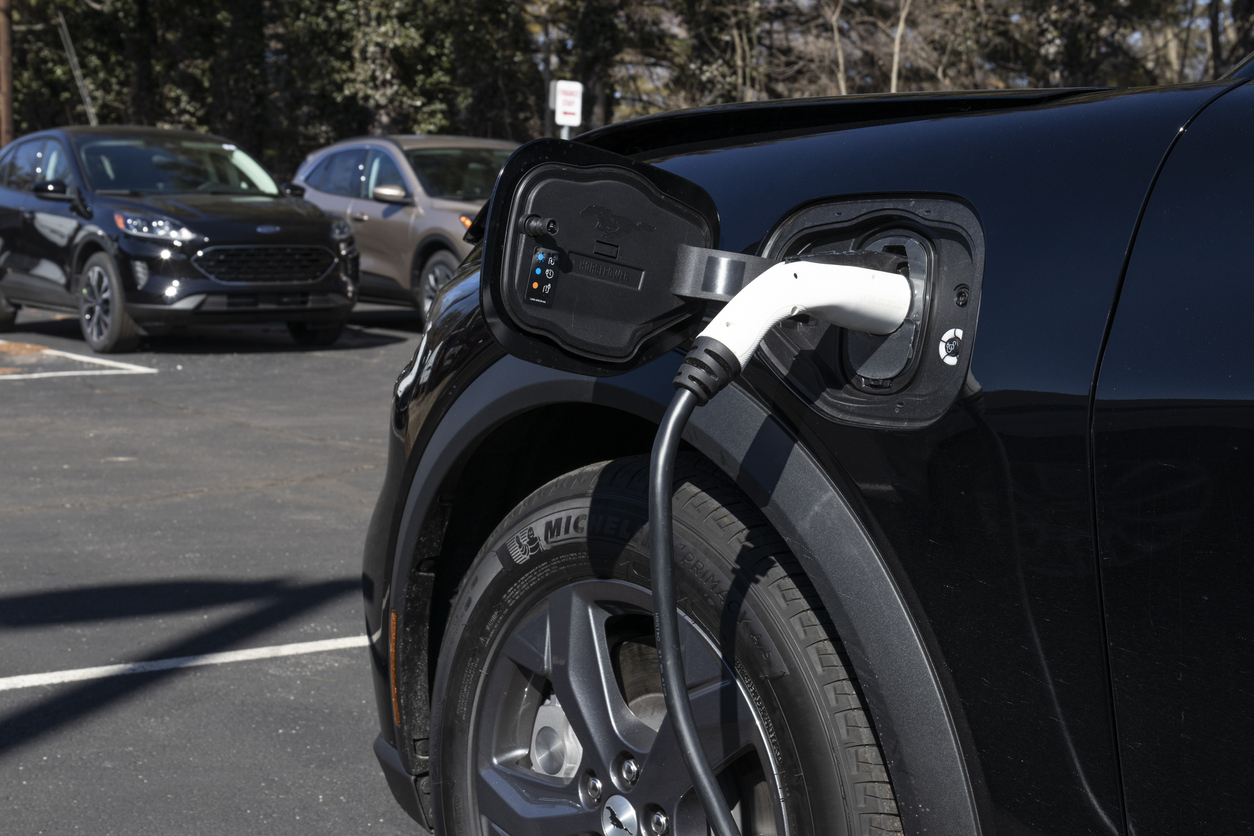 The Mustang Mach-E was released in 2021 to much fanfare and anticipation, but also a lot of controversy about using the Mustang name for an electric vehicle that is also a crossover. There was even a petition on Change.org to have the name removed.

However, reviewers are quick to point out that while the Mach-E is an electric vehicle, it is also -- most certainly -- a sports car. It’s 0 to 60 time is rated at 4.8 seconds by Ford, which is, according to Jerry Perez of The Drive, “actually quicker than a 2021 Porsche 718 Boxster T, and just as fast as a Macan GTS, neither of which you could consider a slouch.”

The Mach-E comes in rear-wheel and all-wheel drive with between 266 to 480 horsepower. It is also available in a GT and GT Performance trim, which lower its 0 to 60 times to 3.8 seconds and 3.5 seconds, respectively. These trims put it in competition with the 760-horsepower Mustang Shelby GT500.

While an unrestricted energy draw mode called “unbridled” may suggest otherwise, Mach-E owners are eager to better understand their energy consumption and range factors, particularly in hot and cold temperatures. Please join your fellow unbridled drivers to contribute to your Ford EV community.

There are four trims for the Mach-E that each come with their own EPA ranges.

There is a decent spread in available horsepower, but even the base model comes with a hefty battery. Miles per gallon of gasoline equivalent, or MPGe, is a metric developed by the EPA for hybrid and emission-free vehicles. While range quantifies distance, MGPe calculates efficiency, and the two are not directly correlated.

This listing from the EPA’s Fuel Economy website shows the difference between range and MPGe.

Keep in mind that these ratings are from fresh-off-the-line new vehicles. Batteries naturally degrade over time so it is important to monitor battery health and Mach-E range with Recurrent reports. Our reports anonymously record battery vitals each day and compare them against other similar vehicles.

There are many charging options for the Mach-E. Ford provides a branded mobile charger with purchase of a Mach-E, the Ford Mobile Charger NEMA 14-50 Wall Outlet. This requires a 240V/ 30A home plug that usually has to be installed by an electrician. It provides 20 miles of range per hour for the extended range, rear-wheel drive models.

Ford also offers an add-on home charger called Ford Connected Charge Station priced at $799. This is recommended for homes with available 240V/48 amps and boasts 28 range miles per hour of charging on the extended range, rear-wheel drive models. Of course, actual charging may vary based on how charged your battery is and energy provided at time of charge.

There is also the option of charging your Mach-E via standard wall plug, but this will only provide 3 miles of range per hour.

The Mach-E has only recently been released so its resale market has not really picked up yet, and as of April 2021, there are only 17 used vehicles listed for sale on dealer websites. The prices range from $49,900 to $69,900, with average prices just about $56,625. Get personalized insights, including resale value guidance, by connecting to Recurrent.