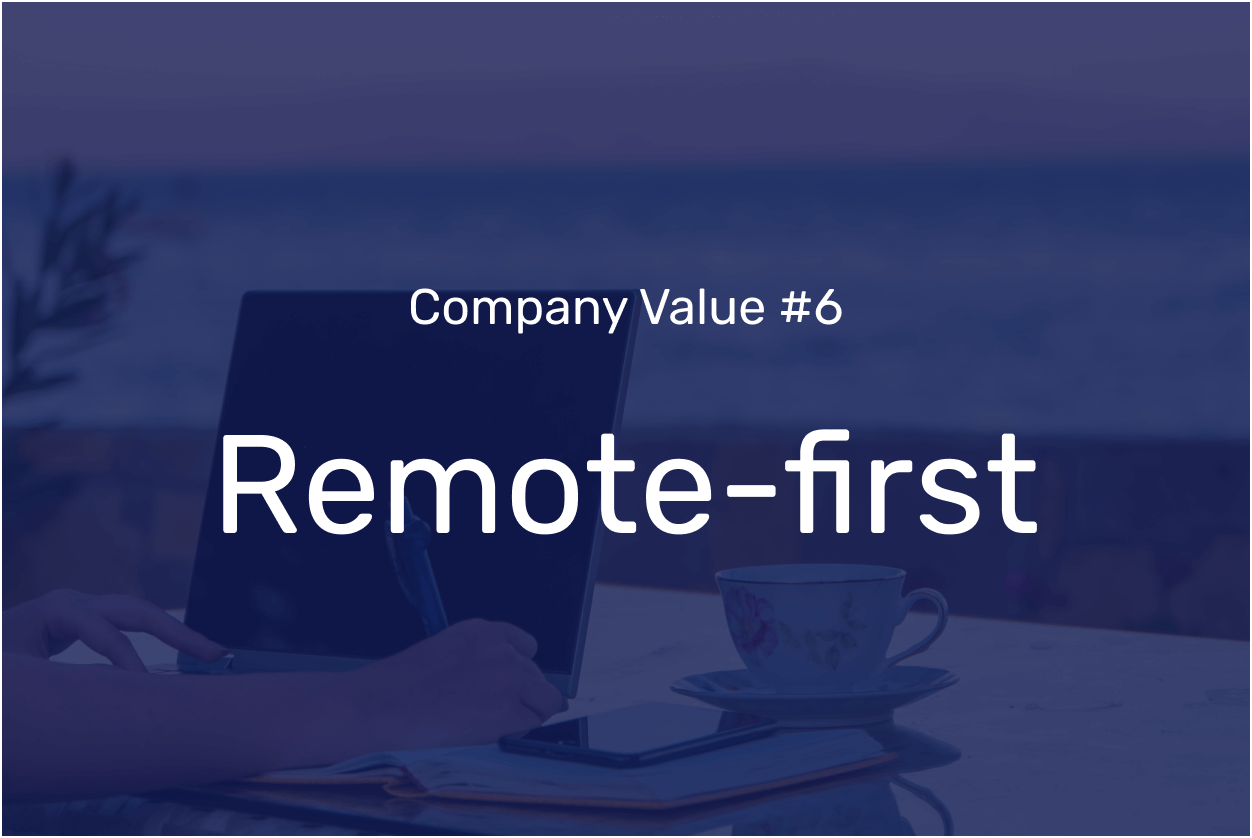 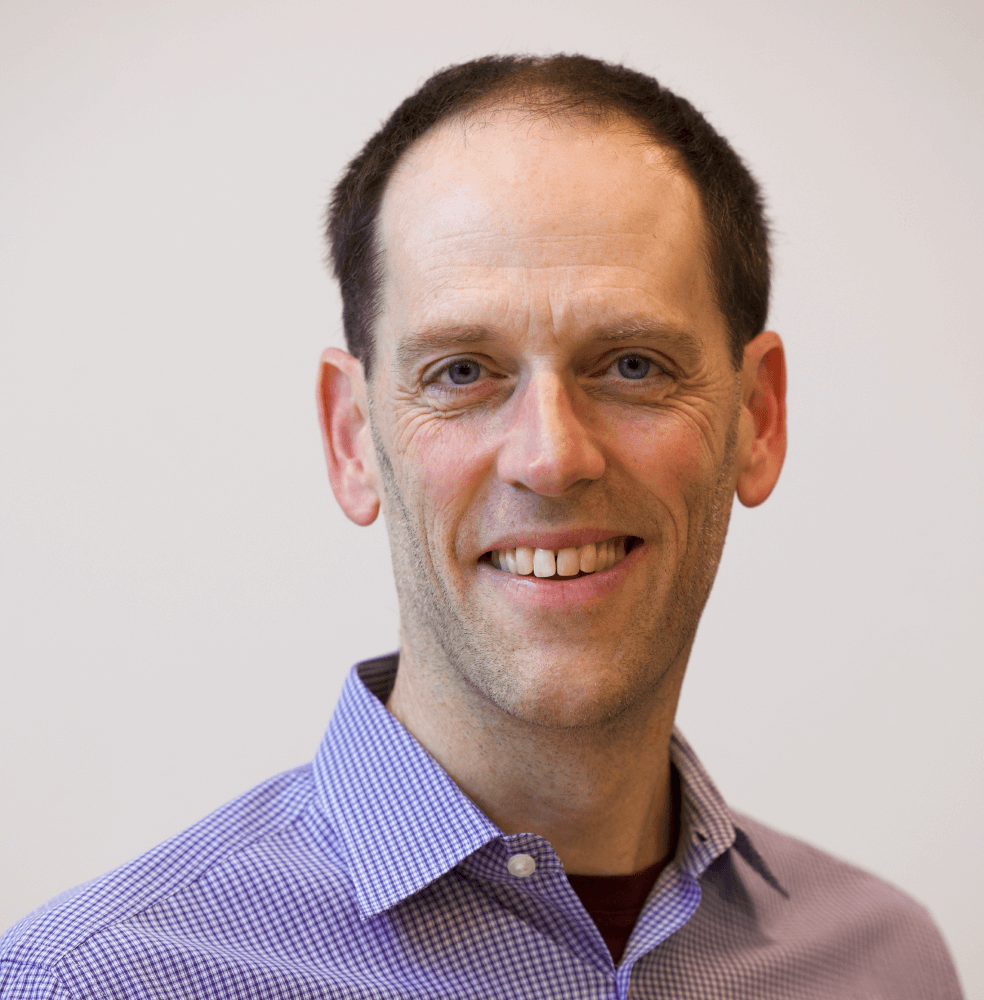 Being a Remote-first Company

Recurrent Company Value #6: We’re a remote-first company because we believe it brings advantages in cost, diversity and inclusivity, work-life flexibility and health.

This is one of our eight core company values.

We sat down, six feet apart AND outdoors in June 2020 to write out our company values for the first time, and this one seemed obvious. It was the early days of the pandemic, with no vaccines and no real understanding of what was safe and what wasn’t, so there wasn’t a question about doing it differently.

Nearly 2 years later, as many tech companies lurch back into the office or try to make hybrid arrangements work, we’re recommitting to our remote-first culture. So it felt like the right time to explain our reasoning, then and now, to help folks understand why we’re staying this way.

Why Recurrent Is Remote-first

Similar to how we laid out what we mean by anti-racism at Recurrent a couple of months ago, the idea here is to share the intention behind this value.

While the first few folks at Recurrent happened to be in Seattle, we very quickly changed that. Seattle is a great tech hub, but it’s less than 1% of the country, has paralyzing growth challenges especially with respect to housing, and is not a particularly diverse place compared to the U.S. broadly.

Why would we only recruit there? Of our first 15 employees, we now have folks in 6 different states.

Large companies with offices in Seattle regularly recruit from other geographies. What’s different about our approach is that we recruit from anywhere but don’t expect new hires to move anywhere. And even for team members in the Seattle area, we don’t ask people to subject themselves to lengthy commutes, which opens up outlying cities and towns like Tacoma and Bellingham.

When I co-founded Ada Developers Academy in 2013, part of the thinking was that tech companies could succeed in hiring by looking for talent in groups that they traditionally overlooked -- women, people of non-binary gender and BIPOC groups.

With the changes in where and how tech employees are choosing to live, the decision to be remote-first feels similar. Not everyone will want to get back to the traditional office, even in a hybrid setting, because they have re-invented their life in the form of new places and new routines.

It’s astonishing how much time I used to spend every day commuting via foot, bus, bike and light rail over a distance of less than 5 miles in Seattle. Appointments during the day or a sick child needing to come home from school only added to that commute exhaustion.

And besides the commute, the inefficiency of in-office tech work is obvious in hindsight. The time lost to disruptions from open-office layouts or moving between meeting rooms adds up quickly, and it compounds as companies grow. The larger the organization, the more potential work time is lost.

Contrast that with the efficiency of working from home, without a commute, with an ability to work in productive sessions and mix-and-match the rest of life with lower switching costs. For most people in our field, there’s not really a question about work-from-home being more productive as long as managers trust their team members and can effectively measure results rather than hours spent in the office.

This is a major shift for many old-school managers and I think it represents a major reason why big companies are pushing folks back into the office. But that might be a different topic for a different day. We’ll go into more detail in a subsequent review of Recurrent company value #5: “We recognize high impact contributions more than the number of hours spent in a seat.” It’s not an accident that this value is paired with the remote-first value.

The most obvious initial advantage for a company like ours that didn’t have an office lease going into pandemic is that we got to skip a pretty large cost line item. For a seed stage company, the difference could be an extra half-time to full-time employee. Over a year, that’s a lot of potential productivity at a critical stage of the company.

While it was the most obvious case initially, we are actually taking steps to make it less of an advantage over time. We provide home office stipends to help folks be comfortable and successful. But mostly it’s because we wanted to create opportunities where everyone can come together in-person to collaborate and socialize. So 3 times a year, we do Work-Together Weeks – so far, in the Seattle area, but we’re doing our first destination Work-Together next month in Santa Cruz!

It’s not cheap to transport and host an entire company, though we do think working in-person sometimes is important to build team cohesion and collaborate on work that’s tougher to do remotely. For example, it’s still really challenging to replace drawing together on a whiteboard!

We’re a year and a half into an experiment in company and culture building. There are so many long-term unknowns about how to do the remote-first startup well across all dimensions. We’re committed to the path, but recognize that we don’t know every twist and turn in it.

I don’t think remote-first is right for everyone over the long-term. The employee that thrives in a remote-first environment needs to be really independent, needs to be okay sometimes with less context for their day-to-day, and needs to be able to find ways to collaborate effectively without being in the same room as their colleagues.

I think it really helps that we’ve got a clear mission focused on mitigating climate change by accelerating the adoption of electric vehicles. As an employee, if you start from that premise, it’s easier to self-motivate on a daily basis without ever being micromanaged. There’s evidence of the problem everywhere around us, so there is always something we can be doing at work to solve it.

I do worry sometimes that we’ll end up with a company chock full of introverts and our gatherings several times a year will look like an awkward middle school dance. But that hasn’t been the case so far. Introverts can have a great time socializing with their peers, as long as there is some intentional quiet time to recover afterwards, and extroverts can find fulfilling interactions more easily with friends and family in all their extra time not spent commuting!

We’re still figuring this out, though to be fair, every company is always trying to figure out how to manage. One key learning so far is that we need to be extra careful to remind employees to set boundaries for their work days. The flip side to the disappearance of the work commute is that it’s easier to allow your work day to seamlessly bleed into your evening because you don’t have to catch a bus or beat rush hour traffic.

That’s fine occasionally, but over the long-term, we all need to be careful not to burn ourselves out by burning the midnight candle. Without the obvious indicator of seeing someone in the office late at night all the time, this can be more difficult to spot as a manager.

Another long-term challenge for managers is how, in a remote-first setting, to provide formal and informal mentorship to junior and mid-level employees that help them level up their careers over the long-term. In a work environment where there aren’t as many informal office interactions – “join this meeting” or “let’s grab coffee” – managers will need to be deliberate about their 1:1 time and creating opportunities for mentorship.

In an ideal world, this becomes more egalitarian because the office seating chart doesn’t bias these interactions – it’s definitely a more level playing field compared to hybrid organizations where the people that can come into the office will have unfair access to informal mentorship.

One of the most challenging things to replicate on a remote-first team is creating enough time and space for people to build strong interpersonal relationships with each other. It’s easier in-person (obviously) to share many small interactions throughout the day – chatting about your weekend in the break room, passing familiar faces in the hallway, walking down the street together to grab lunch or coffee. At a glance, these may seem relatively insignificant, but they contribute a significant amount to how we relate to our teammates not just as coworkers, but as people.

We do our best to create time and space for some of this to happen in a remote setting: remote happy hours, team cooking classes, Slack rooms dedicated to specific shared interests or hobbies, a regularly scheduled “Super Mega Fun Time” where people hop into Zoom or Gather to play remote games together, and a Slack bot that pairs random people up for 1:1 coffee chats. It should all be pretty familiar for everyone over the last two years. Will we get better at it? We’re always trying.

When We Are In-person, It’s Hard, Too

When we have brought the full team together to collaborate on work and strengthen interpersonal relationships, we are still honing it. At our first work-together week in June 2021, it was clear that we were all out of practice at being in an office environment so it felt a little overwhelming with too many meetings and too many social events after work.

In October 2021, trying to dodge between the Delta and Omicron waves, we managed to find a better balance of working together and getting quiet time to focus. We also made sure to give ourselves a bit more time off between work together days and evening socializing. However, from a tech perspective, the experience was not a great one for the handful of folks who didn’t join in person. We remembered how difficult hybrid audio/video is for meetings that aren’t 100% remote – and it turns out it hasn’t gotten much better during COVID.

Even though it’s not easy, we’re recommitting to our remote-first value even as other tech companies “go back” to the way it was. We believe that the benefits outweigh the costs and that we can continue to find ways to improve both sides of that equation with practice.

Want to join us?

We’re growing a bunch this year, including several software engineering roles, 1-2 customer success folks, a product manager and at least one sales person. Check out our active job postings or get in touch with us at careers@recurrentauto.com.