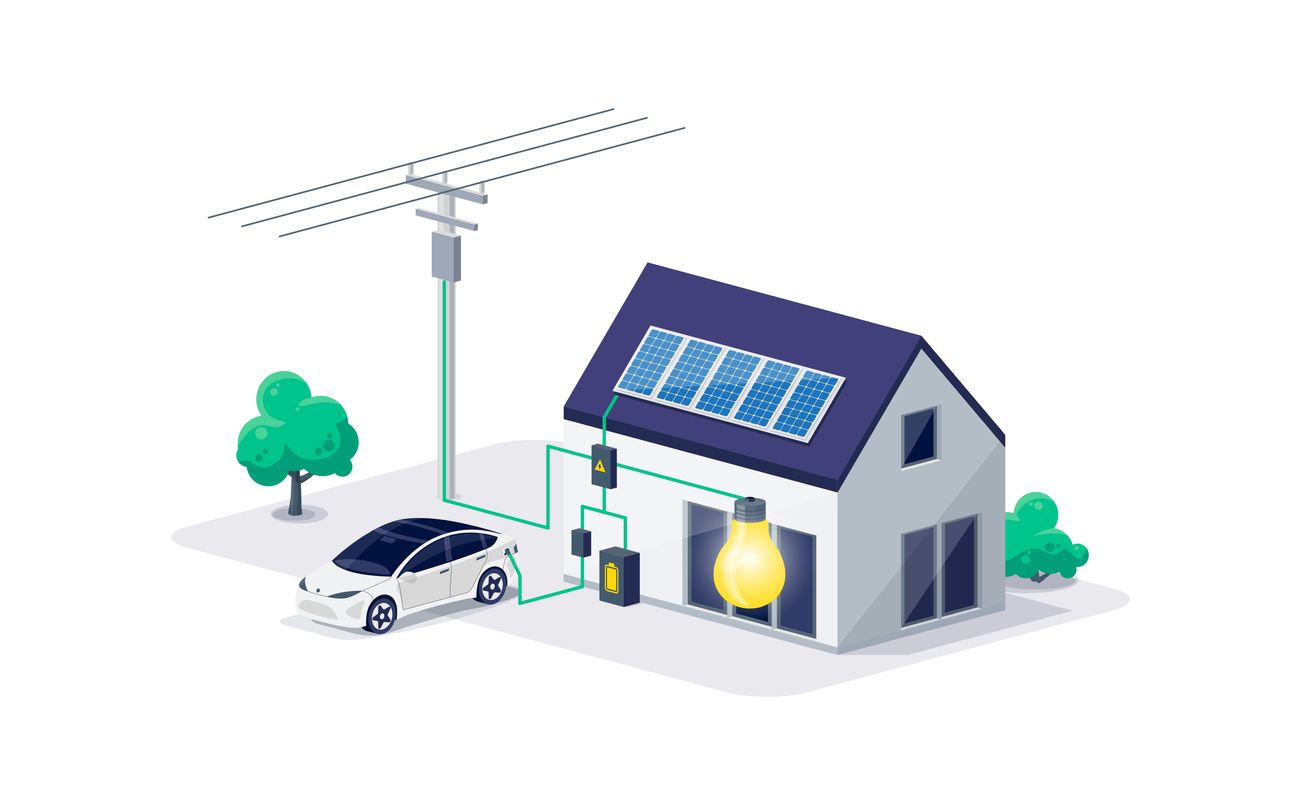 Bidirectional Charging: Where it Stands

Last month, we introduced the concept of bidirectional charging, or using your electric vehicle to supply energy to another device, your home, or the electric grid (vehicle to load, vehicle to home, vehicle to grid, or collectively V2X). This technology is still being developed, but the goal is that it can support grid reliability as a result of natural disasters and outages, while also providing power during peak demand times, reducing the need for fossil fuel power. As a vehicle owner, bidirectional charging has the potential to help you save money, whether by optimizing when you require energy from the grid or by selling energy back at peak prices.

Ways that V2X can help:

So how close is this technology to being in your home, and does it make sense for you?

But does bidirectional charging really work?

The concept of bidirectional charging was first proposed by researchers at the University of Delaware and Green Mountain College in 1996. They showed that utilizing the energy storage of electric vehicles would save money for the car owners and the utilities, even when taking into account the need to install charging infrastructure and the potential for faster battery degradation. Since that initial study, there have been case studies to show how this concept works. Most studies have consisted of fleets of electric vehicles. Fleets typically have routine schedules or a tracking system to log use, so significant data can be available.

School buses are considered to be the perfect use case for bidirectional charging. They are large, and thus can store a lot of energy. They are used on reliable schedules and routes, so it is easy to plan how much of their battery is needed each day. Plus, they are parked during common business hours, when school is in session. They can be recharged with solar panels during daylight hours, and used for power during evening peak demand. Overnight, when energy costs are often lowest, they can be recharged for morning use.

The North Carolina Energy Technology Center (NCETC) performed a case study with the Roanoke Electric Cooperative (REC), using their fleet of two Nissan Leafs. They installed one bidirectional charger made by Fermata Energy. In this study, they demonstrated that this one charger can save a utility over $2600 per year. From the customer perspective, the charger was able to schedule vehicle charging during off-peak times, saving the REC headquarters building over $115 per month in demand charges. This is also in a rural area, where demand charges are much lower than other parts of the country. If this technology was used in a dense urban area with high demand charges, the cost savings could be significantly higher.

At a slightly larger scale, the New York utility Con Edison supported a study with a school district in White Plains, NY. They added five electric school buses to the district fleet with bidirectional chargers from the manufacturer, Nuvve. The buses were able to provide energy to the grid when not in use, and the batteries degraded at the same rate as while driving.

The Durango School District in Colorado also tested bidirectional charging for school buses, partnering with La Plata Electric Association (LPEA). They acquired one electric bus, the first in the state, and a bidirectional charger. Similar to the White Plains School district, an electric school bus is an appealing candidate for V2G because it is not in use for a significant portion of the day. The CEO of LPEA, Jessica Matlock states that a fully charged bus can provide power for 30 homes for two hours. This is especially helpful for the grid, because the buses can be charged when demand and price is lowest, and then discharged to supplement peak demand.

Not only does V2X technology help distribute energy across the grid, but it also can provide power after a natural disaster or other emergency to those who need it most. Nissan is demonstrating this through their Blue Switch program. This program brings Nissan Leafs to an area recently hit by a natural disaster to connect to homes, buildings, or specific loads (appliances, phones, medical equipment, etc.) The fully charged Leaf e+ can provide power for a typical home for four days or it could charge 6,200 phones.

And even more case studies are still on-going. V2G Hub is a great resource, where you can see a comprehensive list of V2X case studies, past, current, and future.

Studies like the ones mentioned above are becoming more common and increasing in scale. In the United States, this is especially due to the recent collaboration between the US Department of Energy, national labs, state and local governments, utilities, and private companies on a Vehicle to Everything (V2X) program. Below are two programs from DOE V2X partners. You can expect far more in the near future:

Starting in 2023, 100 customers of Duke Energy’s Carolina division will be able to lease a Ford F-150 Lightning truck (and some other qualifying EVs) for a reduced rate. In return, Duke Energy will be able to use the EVs as an energy source during peak load demands. This pilot scale will provide data that will allow Duke Energy and other utilities to scale-up in the future.

PG&E will also have a pilot program in 2023 for V2X technologies. They will accept 1,000 residential customers, 200 commercial customers, and 200 micro-grid customers for this pilot. Participants will need to have an EV and charger that are bidirectional compliant. The program will offer upfront financial incentives, with the hope of offsetting the cost of upgraded infrastructure. Then, customers will receive further payments up to a certain amount for providing energy back to the grid.

These programs are examples of Vehicle to Grid (V2G) capabilities. Check with your local utility, to see if similar programs exist. If not, then V2G might not be possible for you right now. Luckily, there is still value in Vehicle to Home (V2H) and Vehicle to Load (V2L). For both of these, you would still need to invest in a bidirectional charger and have an EV that is bidirectional capable.