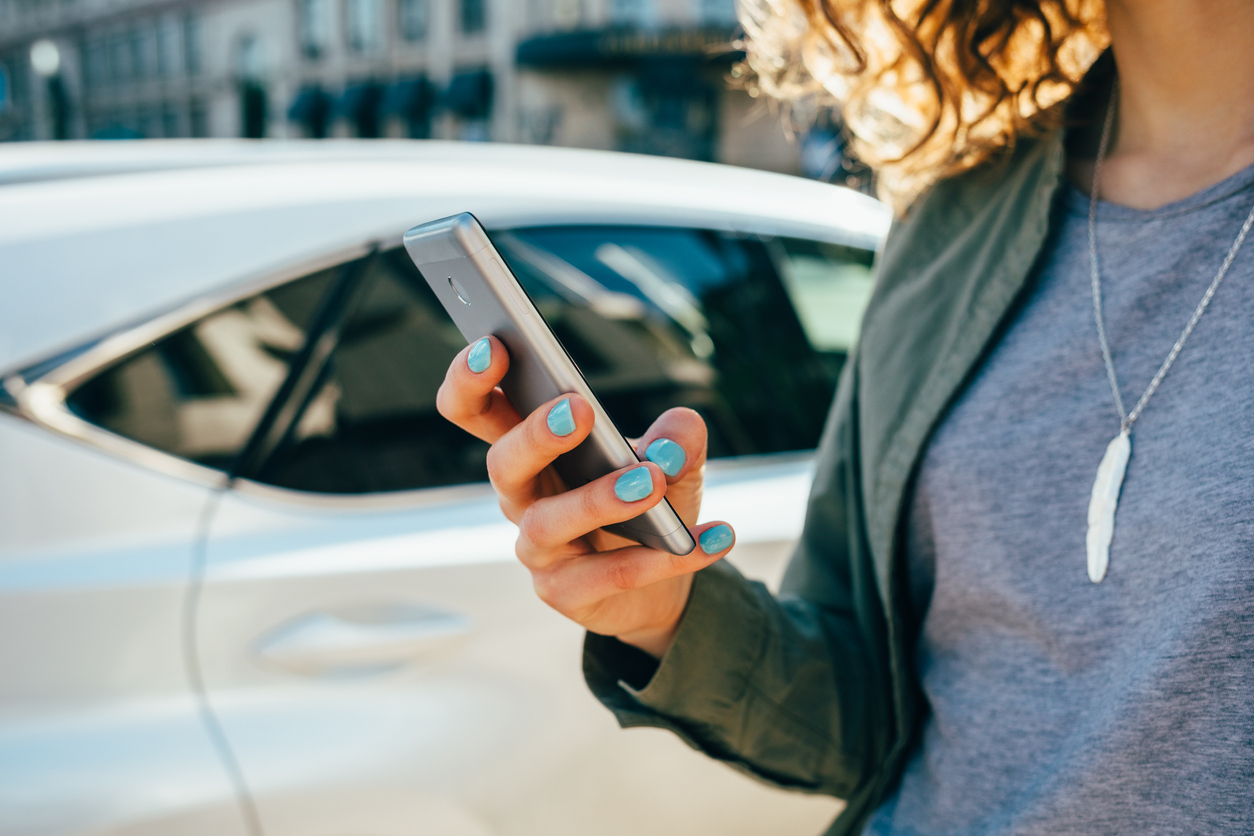 There has been tons of speculation and controversy about vampire drain as EV’s - and tracking their stats - become more popular, so Recurrent set out to find some answers.

One of the best things about many EVs is their seamless integration with apps - manufacturers’ apps that update software and track vehicle health, third party apps like Tezlab, Teslafi, and Stats for Tesla, or utility apps to help manage charging. However, one question keeps cropping up: do EV owners need to worry about vampire drain from all these apps?
‍

What is Vampire Drain in EVs?

Vampire drain is a slow, passive battery drain while the vehicle is not in use. Although vampire drain, also known as “phantom drain,” can be caused by onboard systems such as battery temperature management, vehicle monitoring, and theft protection, the hotly debated question is about vampire drain from external apps. The idea is that each time a vehicle is “pinged” by an app (either the OEM’s app or a third party app) it uses some small amount of battery charge. If the vehicle is not plugged in, the sum of many small battery draws might have an effect on range.

How much range can be lost due to phantom drain?

EV forums are hotbeds of speculation about how much vampire drain is a threat. Posts in popular EV forums started noting that Teslas were losing up to 30% of charge being parked for a month. Comparisons between the vampire drain on various makes, models, and years cropped up, and both drivers and vehicle manufacturers started to suggest turning off onboard systems and not “checking” on vehicles too frequently via app.

Recurrent drivers have their fingers on the pulse of the EV world, and we’ve gotten questions about how our 3-4 daily pings (slightly more technically known as “API calls”) might cause vampire drain. And some third-party apps ping vehicles much more frequently -- how does that impact the battery? Can a car really be “kept awake” by API calls?

As a data-driven company, we decided to run a series of field experiments to see if vampire drain from third party API calls was a real concern. We collaborated closely with our partners at SmartCar to test vampire drain on one of their research vehicles.
‍

In Summer of 2022, we explored additional data to look at the effects of vampire drain in non-Tesla vehicles, and the effect of our Recurrent API calls on a wider group of Teslas.

We used a 2013 Tesla Model S with a 60 kW battery pack for our experiments. Tests were run from 10pm to 4pm PT with the vehicle located in the San Francisco area. Temperatures throughout the tests ranged from 40°F to 63°F, but based on our experience taking hundreds of thousands of data points from 2000+ Teslas, we’ve observed that Tesla’s range estimates at rest aren’t noticeably temperature normalized within this range, so we do not believe there was an appreciable impact on range estimates.

Prior to each test, the vehicle was charged to 80% via supercharger and parked outside in the same location where it would remain untouched for the entirety of the 18 hours. The vehicle had wifi switched off, Energy Saving Mode on, and Always Connected off. The chart below summarizes the results, and full data can be found here.

‍
Based on this single study, we can’t make a cross-make/model statement about vampire drain from API calls, but for the 2013 Tesla model S in these admittedly imperfect experimental conditions, the range loss for the battery at rest was comparable in the control condition (no third party API calls) and 3x/day third party API calls (Recurrent’s API call frequency).

The fact that the 3x/day condition showed slightly less range loss than the control condition isn’t significant in our view: we attribute that to slight temperature differences where the Tesla’s battery heater may have activated in a very low mode, since some of the trials included time series near the point at which the battery heater might have been activated.

In the more frequent polling (hourly, every 30 minutes, every minute), we did consistently see a larger range loss that could add up over the course of a week or more left unplugged.
‍

In the summer of 2022, armed with data from our enhanced analytics on-board device program, as well as several rounds of high-frequency API testing, we revisited the vampire drain problem. First, we were curious if there was a temperature dependence on the amount of phantom drain that drivers see. Although our preliminary findings indicate that there is not a significant impact of weather on vampire drain, the graph below indicates that there is slightly more loss below freezing when the battery heater is on - especially in the Teslas. The minimum loss also seems to occur between 50 and 70 degrees, which is when no battery conditioning would be required. We need to repeat data collection when average daily temperatures are above 90 degrees Fahrenheit to see what happens in extreme heat.

Note that for both of these experiments, we used the same calculation for vampire drain: whenever odometer doesn't change but state of charge does, we take change in state of charge divided by time observed. However, we do not know when in the observation period the vampire drain might have occurred. It may have happened all in the first fifteen minutes, in the last hour, or uniformly over the entire time frame. We turn the vampire drain calculation into a rate for ease of comparison.

Sometimes, getting one answer leads to more questions. We plan on expanding this research by:

If you’d like to participate in future research or have burning questions about your EV: get in touch!
‍

What is your vehicle’s vampire drain?

We created battery monitoring reports to help EV owners quantify vampire drain and preserve vehicle range without affecting short term range in an appreciable way. Reports are delivered at the start of each month so register your car today to receive your first report!