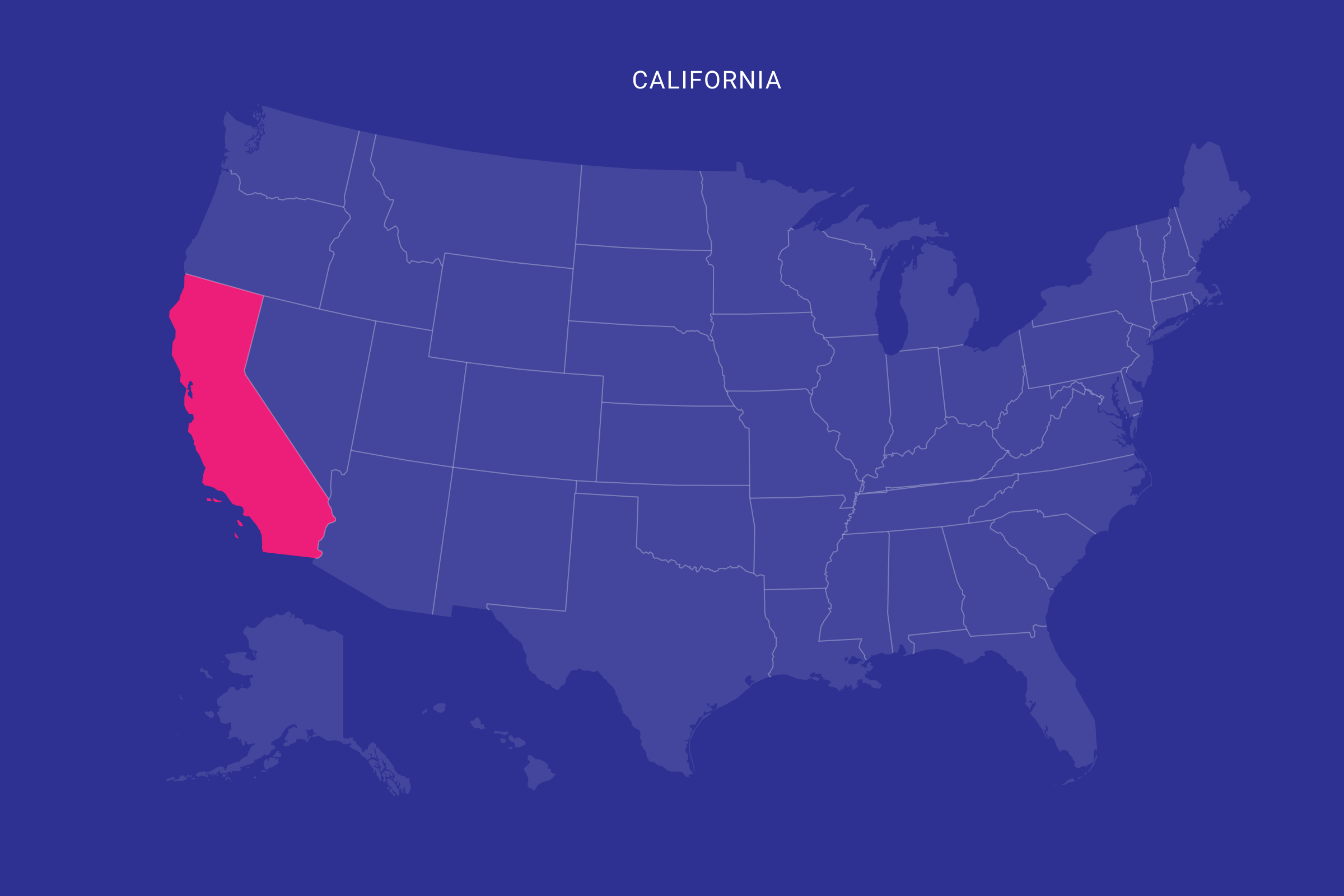 California has been at the forefront of electric vehicle (EV) adoption in the US. While there have been bumps in the road, California’s lead is best illustrated by comparing the state to its 49 peers. California represents roughly 10% of the US population and nearly 50% of its electric vehicle registrations.

‍
This chart is a visualization of vehicle registration data from US Department of Energy, last updated a couple of years ago.

The positive growth trend is expected to continue as regional initiatives continue to be adopted. For example, in late 2020, Governor Newson set a new target through executive order to make 100% of new in-state light-duty passenger vehicle sales be electric by 2035. The future is promising for electric cars in California.

While new car sales of battery electric vehicles (BEV) and plug-in hybrid electric vehicles (PHEV) leveled off in 2020, certainly in part due to financial and lifestyle changes associated with the global pandemic, the secondary sales market has continued to expand and mature. Even as 2020 saw a drop in all car sales, the percentage of dedicated internal combustion engines (ICE) gave ground to their electrified counterparts.

California has established itself as a top-10 market for used electric vehicles in 2021 with roughly 2 used EVs for sale today per 100 EVs on the road in 2018. That figure is especially impressive given the number of EVs on California roads in 2018.

How many EVs are in California and what percentage of cars are electric?

California BEV and PHEV new registrations reached roughly 130,000 in 2020, making up over 8% of all light duty vehicles, according to California New Car Dealers Association. That is an increase from only 3.6% in 2016. There are an estimated 700,000 total passenger electric vehicles in California as of 2021.

The state strives to grow that share of electric vehicles, getting to 5 million electric or emission-free vehicles on its roads by 2030, as part of its country-leading 117 electric vehicle incentive programs.

What is the Zero-Emission Vehicle Program?

With one of the most stringent clean air policies in the country, it’s not surprising that that California also offers a robust incentive program for electric cars. These fall under California’s Zero-Emission Vehicle (ZEV) program, part of a broader initiative to improve air quality in the state and curb greenhouse gas emissions. Governed by the California Air Resources Board, ZEV mandates manufacturer supply and incentivizes consumer demand for BEV, PHEV and hydrogen fuel cell transportation.

The program created a credit system for emission-free driving range, in which automotive manufacturers must meet a minimum threshold to remain compliant and may save or sell surplus credits. Manufacturers may also buy credits to supplement shortcomings. Followers of Tesla’s financial success in recent years may recall the sale of regulatory credits as a key revenue generator.

Under the Clean Cars 4 All program, a shopper looking to go from a conventional vehicle to an EV - fully electric or hybrid - can cash in on up to $9,500 in rebates depending on their income level and region.

Those who don’t qualify under Clean Cars 4 All are still entitled to rebates of $1,000-$2,000, with higher rebates going to lower income households. The state itself also offers financial support to low-income EV buyers, including a down payment, prepaid charge credits, and money to install a level 2 charger at home.

There are a number of regional and city-wide amendments and additions to the above incentive programs. For instance, public charging station providers are not allowed to charge a membership or subscription fee in California, and certain public parking is reserved for EV charging.

California is a large state with several distinct climates, ranging from the hot summers in Death Valley to the cold ski mountains surrounding Lake Tahoe. As a whole, however, both Northern California and Southern California tend to fall within a comfortable zone for electric vehicles, according to the Western Regional Climate Center.

Climate and weather matter for electric vehicles -- particularly temperature. Temperature extremes and variations affect both the short-term range variance and long-term health of an EV battery. The ideal temperature range to charge, drive, and store an electric car is around 70-75 degrees Fahrenheit (21-24 C). However, long term battery health is safe until you get near freezing, although drivers in colder climates may see slight, temporary reductions in range.

Most EV drivers will find California’s climate great for their vehicles since a lot of California’s population lives in mild regions that avoid long periods of extreme temperatures. During peak LA temperatures, consider finding a climate-controlled or shady place to park and charge.

Is California a good place to buy a used EV?

A large portion of the country’s electric vehicles reside in California, making the state a popular place to acquire a used EV. As of March 2021, California had the highest number of used EVs for sale - almost 5,000. This is more than three times as many used electric cars as the next closest market, Florida. With more than 30 EV models averaging under $15,000, there are used options for most Californians who want one.

While traditional (ICE) used cars are often graded by their odometer, battery health is the primary factor for electric vehicles. Determining battery health, and the level of degradation, is not as simple as the number of miles under its wheels. Recurrent helps used EV buyers understand how to determine battery health, and scores used electric cars at dealers.

Recurrent supports about 1,000 electric cars in CA as a part of our research fleet. Here are some of the trends we’ve seen so far: