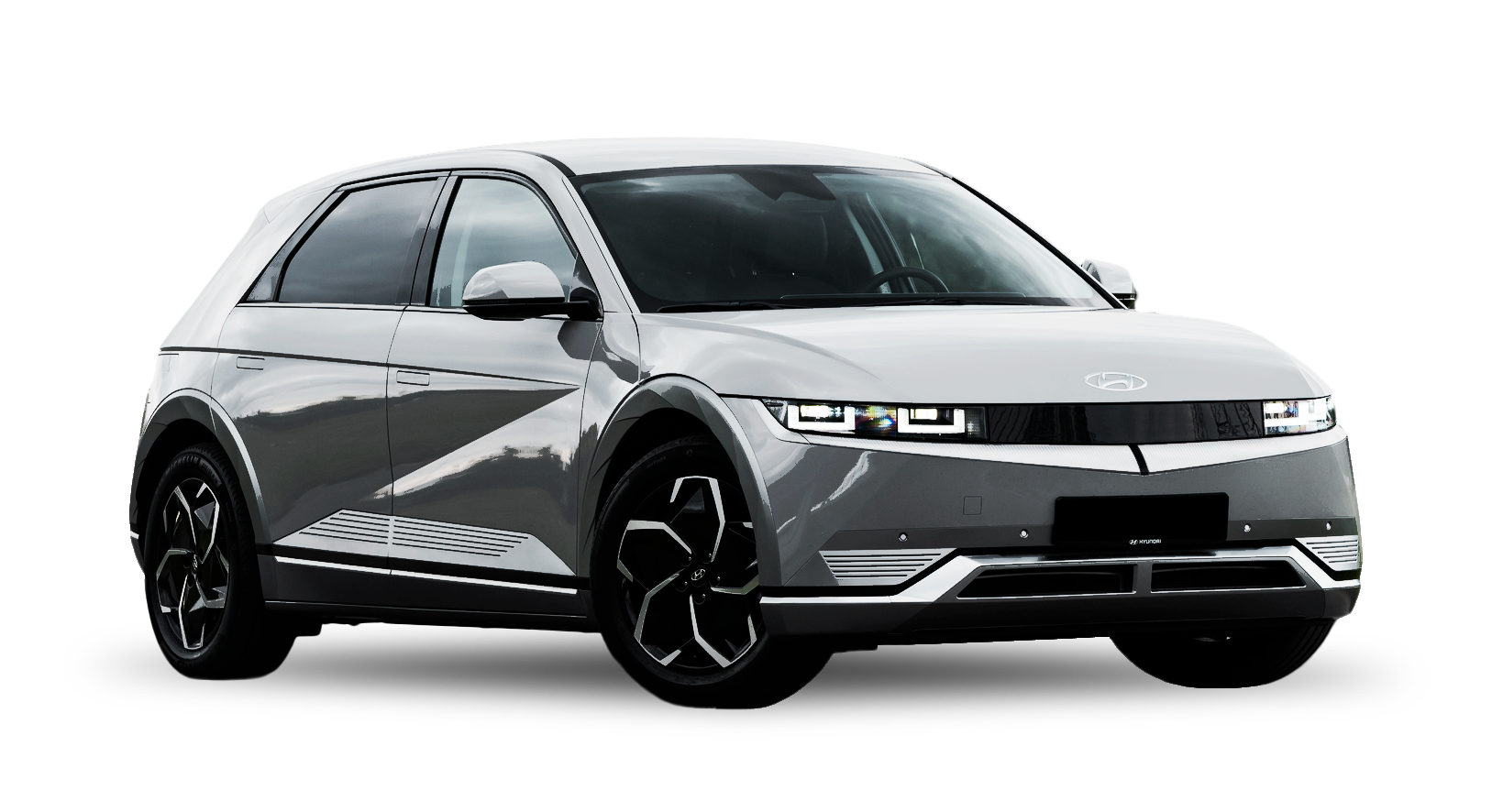 As we know them today, hatchbacks are a car body configuration with a rear door that swings upward to provide access to a roomy cargo area, sometimes featuring fold-down second row seating for ultimate storage space. Unlike the related station wagons of yore, hatchbacks are considered nimble, sporty cars, optimized for their cargo space and small size. They were also a popular style for the earliest models of EVs.

This article unpacks the pros and cons of the electric hatchbacks and discusses where the market is moving for EV hatchbacks.

The original hatchback style can be traced back to the 1930s (nearly 100 years old!) and has been marketed worldwide on cars ranging in size from superminis, to executive, and even sports cars.

When the electric vehicle first took off, several models were initially hatchbacks. Early EV ventures used existing platforms and arranged electric powertrains to squeeze into where gas engines had previously resided. Working on existing platforms, or non-native electric platforms, limited designers’ abilities to position the battery and motor in sustainable ways. Some early EVs stacked batteries under the rear seat, which is why early EVs sometimes offered less legroom or cargo space than their gas competitors.

It wasn’t until 2017 that designers agreed the non-native electric platform was inefficient. Now new EVs tout interiors with smooth panels, floating center consoles, roomier seating, and no more ups and downs between the seats.

Unlike gas vehicles, EVs aren’t designed around a front-mounted engine. With empty spaces under the hood and behind the rear seat, automakers are expanding wheelbases and pushing cabins forward, ensuring roomier interiors than gas cars of the same size. Hello extra cargo storage!

There are several notable perks to EV hatchbacks.

First and foremost, they are incredibly roomy for their size. One of the best features of a hatchback is not only the wide-opening hatch itself, but the additional room made available when the second row seating is folded down. Whether you’re planning a road trip, headed off to college, or simply a car shopper who likes extra space for daily driving, the hatchback model offers exceptional cargo space.

Hatchbacks are also nimble, easy to drive, and remarkably easy to park. They are ideal city cars, especially for those who don’t want the cumbersome experience of trying to park a large sedan on a crowded street.

To put it gently, hatchbacks are not the sexiest of cars. For EV shoppers who are looking for a car that makes a bit more of an aesthetic statement or a car with some visual pizzazz, they may opt towards a SUV, sedan, or pickup truck model, rather than a hatchback.

Hatchbacks also lack the weight distribution that a sedan might, perhaps leading to somewhat more discomfort when taking corners at higher speeds.

What’s on the Market

When it comes to entry-level EVs, there are three hatchbacks you can’t miss: the Nissan LEAF, Chevy Bolt, and Hyundai Kona. They’ve given every other competitor a good run for their money, setting the pace with a brilliant selection of specs and robust performance at very competitive prices. Building on the success of these early hatchbacks, there is a newer generation of hatchbacks that are often marketed as crossover SUVs, such as the ID.4, Mach-E, and Model Y.

The Nissan LEAF, released in 2011, is generally considered the first widely available EV. It was also the world’s best selling EV until the Model 3 took the crown in 2020. Although the original range was only around 70 miles, it has come a long way. The MSRP has hovered around the $30k mark for a new LEAF, and depending on the model year, used ones can be very affordable. However, EV batteries and range do degrade with age, so the inexpensive price point of an older LEAF has to be balanced against how much range you need. Starting in 2018, the LEAF was revamped to include a larger, 40 kWh battery, and the option to upgrade to the Plus version, which has a 62 kWh battery and comes close to the range seen in the Bolt and Kona.

The Chevy Bolt got a lot of coverage last year due to a highly publicized battery recall, but the opinion of most owners is still that it’s a great, reliable car. It was released in 2017 with a range of 238 miles that was really only matched by Teslas, at the time. That made it a great choice for drivers who wanted to go electric but needed more range flexibility than the LEAF. As a reminder, in 2017, the LEAF range was only 107 miles. Even in 2018 and 2019, there were still few competitors, and while the second generation LEAF offered 151 miles of range and 226 miles with the Plus upgrade, the Bolt won over many new drivers. Now, it is offered both in the traditional hatchback, as well as a crossover “EUV” option.

The Kona nameplate has been around for longer than the Kona EV. It is also a popular gas and hybrid powered car. The all-electric version was introduced in Korea in 2018 and made its way to the US in 2019. It already had name recognition and offered a healthy 258 miles of range - just enough to challenge the Bolt and slightly out-distance the LEAF Plus. Moreover, the Kona appealed to drivers who didn’t want to drive a car that was obviously electric. It blends in with the crowd, and you have to look closely to tell it’s all green.

If you’re having trouble deciding between these entry-level hatchbacks, we have a deeper dive into a full comparison.

The Volkswagen ID.4 is an EV for the masses. With an EPA estimated range of 275 miles, the ID.4 has a 77.0 kWh battery that can be charged at home on 110- or 240- volt connections, or DC fast-charging. The ID.4 touts smooth and refined ride quality and a quiet cabin. On the outside, clean aerodynamic lines make for a striking presence on the road. On the inside, plenty of room makes for a spacious, comfortable cabin. The ID.4 offers contemporary design with high-tech features, ambient lighting, and generous cargo space that gets even roomier with the rear seats folded. The 2023 US ID.4 will be produced in a new facility in Chattanooga, Tennessee, bringing minor changes to the car’s center console, and a new battery supplier. The 2023 model range is unaffected, and will start around $35k.

The Hyundai IONIQ 5 is Hyundai’s newest electric car, built ground up on a new platform shared by the Kia EV6. It has won design awards around the world, has lightning fast charging, and has helped bring EVs into a more mainstream conversation. Notably, it is different from the previous Hyundai Ioniq Electric and Ioniq Plug-in. The IONIQ 5 comes with a 58 or 77.4 kWh battery and an estimated range of 220 or 303 miles. The Hyundai IONIQ 5 starts under $40K for the Standard Range version, and $44 for the Extended Range. It qualifies for the $7500 federal tax credit when purchased new, and is a great value EV with generous cargo space, efficient use of electricity, and advanced driving aids and technology.

The Mini Cooper Electric SE Hardtop is a two-door hatchback, with a starting price of around $29k. This hardtop only gets a mere 114 miles of range, though can go from 0-60 mph in 6.9 seconds and reach 80% charge in 36 minutes at a DC fast charging station. The Electric Hatch has upped the ante for exterior looks, reenergizing the design of the wheels, front and back grilles, ambient lighting, and new designs for the steering wheel and air vents. Though the range does not compare to its competitors, the two-door feature and sizable cargo given its small size is worthy of attention.

The Ford Mustang Mach-E is now offered as a hatchback, though they are generally considered crossover SUVs (or large hatchbacks). The 2022 Mach-E is a handsome and sporty all-electric SUV crossover, offering both performance and range, especially when considering the well-appointed cabin and in-car tech. Zipping from 0 to 60 mph in just 5.2 seconds, this wagon-like hatchback/SUV crossover is pleasingly quick. In 2022 the Mach-E now offers all-wheel-drive, plenty of range with a larger battery pack, big center touchscreen that is easy to use, and a substantial amount of cargo space.

Many have likened the Tesla Model Y to a Model 3 hatchback with an option for a ‘child-sized’ third row. Another generally considered crossover SUV, the Model Y holds more cargo and has some extra interior space than its sedan counterpart. This dual-motor powertrain supplies plenty of zip, and the interior matches the standard Tesla-tech-lover’s-dream. Unfortunately reviewers have been disappointed by its handling, which is less engaging than the Model 3, and seem to propose that the Model Y doesn’t do enough to differentiate itself from the 3, other than its roomier cargo space. In 2022, the estimated driving range is a hefty 330 miles when equipped with the standard 19-inch wheels. Much like other models, the Model Y hosts nearly every function through the large, slim, infotainment display in the middle of the dashboard – everything from climate control to the speedometer is shown on this display. Additionally, the Model Y offers Tesla’s advanced autopilot semi-autonomous driving system, including a self-parking feature and a summon feature, in which you can retrieve your model while you are standing outside it.

What’s Next for Hatchbacks

The newest hatchbacks combine the practicality of a compact style with progressive powertrains, enabling strong fuel economy figures while still maintaining an affordable price. While hatchbacks started as one of the first and most popular models for EVs, they have fallen somewhat off the market as shoppers favor EV SUV crossovers or pickup trucks.

To stay relevant, EV hatchbacks try to differentiate to compete. Take the BMW i3 for instance. Though discontinued in the US as of mid-2021, the BMW i3 touted upscale interior, with quirky rear doors that open backwards to give you more room for getting in and out of the car, and loading cargo. Larger hatchbacks are also gaining in popularity for the same reason.

Though SUVs, crossovers, and pickups are trending widely, it’s clear that EV hatchbacks remain a solid choice in the EV market, and are clearly here to stay.