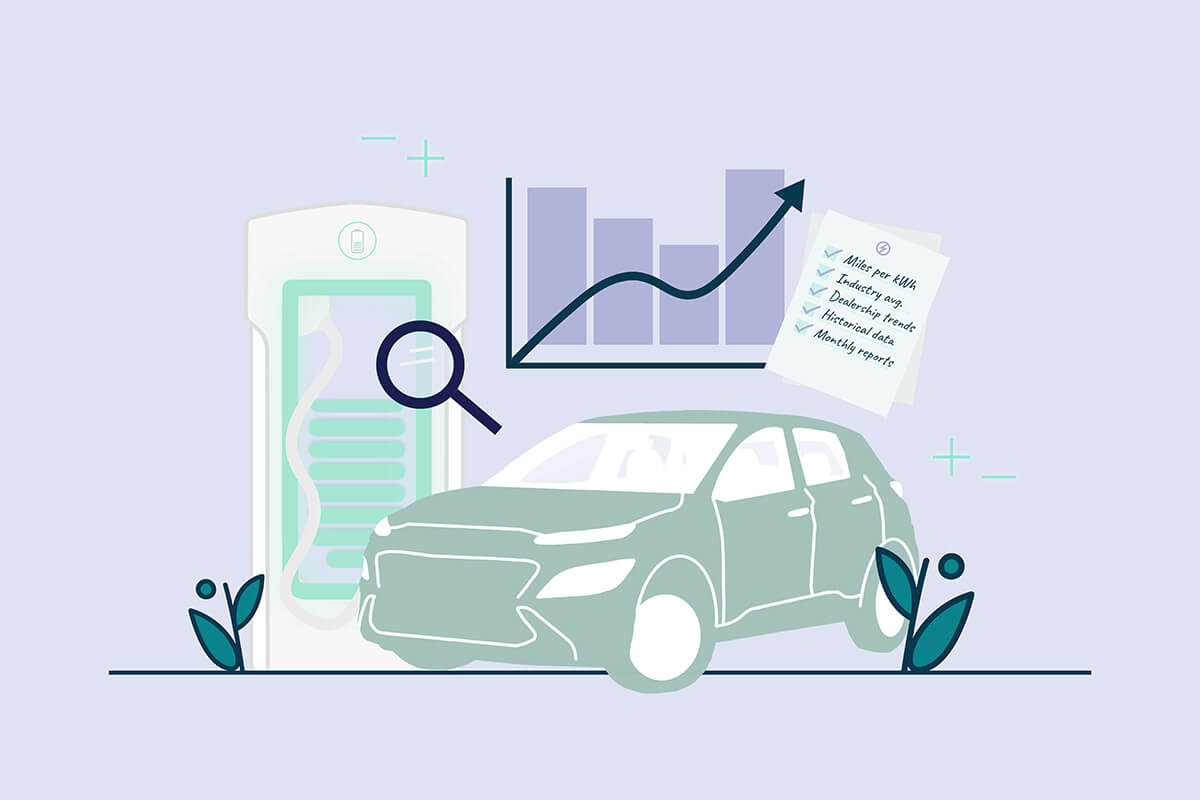 Your Tesla May Be More Efficient Than Its Driver

Tesla’s Model 3 has long been crowned the most efficient EV on the market. Its 2021 Standard Range Plus RWD gets a staggering 142 MPGe rating by the EPA, and even the less efficient Performance AWD achieves 113 MPGe.

Out of context, those numbers may not mean much. Let’s compare them to the Nissan LEAF, one of the original and most utilitarian EVs on the road today. The LEAF has a maximum EPA rated efficiency of 115 MPGe, with contemporary model years seeing around 111 MPGe.

Another way to look at EV efficiency is by comparing how many miles per kilowatt hour (kWh) a car can get. This measurement, mi/kWh, is also rated by the EPA and is like miles per gallon for a gas car. For Tesla, these values range from 3.33 to 4.17 mi/kWh. For Nissan LEAF, it’s between 2.94 - 3.45 mi/kWh. In other words, according to the EPA, the most efficient LEAF should get fewer miles per kWh than most Tesla Model 3s.

It turns out that EPA ratings aren’t always reality.

A recent study by our battery science team shows that the opposite is true. Nissan LEAF efficiency is better in real-world daily driving than the Tesla Model 3. In our experiment, we collected nearly 500,000 data points from 99 vehicles (half Nissans and half Teslas) for 12 weeks between November and March. The real world results were clear.

Studying Efficiency in the Real World

The histogram below shows the probability of certain efficiencies for LEAFs vs. Model 3s in our study.

While our data observations for both cohorts came from all over the country, we know that temperature has a huge impact on efficiency so the first place we looked for an explanation to this surprise was for a weather bias.

The results hold up: at temperatures above around 15 degrees Fahrenheit, the Leafs were consistently more efficient. Notably, the gap narrows as temperatures move towards the extremes, suggesting that heating and cooling in the Leaf is relatively less efficient.

The Takeaway: What’s up with Tesla drivers?

EV efficiency in the real world is a function of the vehicle, which the EPA ratings seek to compare, and the way it is used by its drivers, which the EPA does not quantify in its tests. We believe that the explanation for the counter-intuitive efficiency observations is a result of systematically different driver behaviors.

Our product team has done extensive research into the personalities and preferences of different EV drivers and we have identified a few trends:

To be clear, we’re not trying to characterize Tesla drivers as lead-foot jerks and Leaf drivers as tee-totalling hypermilers. But since the vehicle capabilities are so different, particularly with overall range and battery size, there appear to be real differences in the owner behaviors they encourage.

We provide monthly and on-demand reports for EV drivers, shoppers, and sellers to help them adequately evaluate the range and battery condition of a used EV. For these reports, we use over-the-air data streams from the vehicle battery management systems, which can be biased by manufacturer-specific differences.

Last year, we were awarded a grant from the National Science Foundation to compare different methods and frequencies of over-the-air data collection for some of the most common EVs on the road. We started with two models: Tesla Model 3s and Nissan LEAFs. Deploying on-board telematics devices in test vehicles alongside our standard hardware-free approach allows us to calibrate and see what drivers actually experience in terms of range and efficiency on a more granular basis. More details on our Enhanced Analytics Program here.

Our efficiency values are calculated using net energy used by the vehicle divided by change in odometer. This means that it excludes any phantom or vampire drain that occurs when the vehicle is not in motion.

We wouldn’t be scientists if we didn’t give caveats! Here are a few points to keep in mind.

Performance and high speed versions of cars are always less efficient than their economy counterparts - this is true for both gas and electric cars.