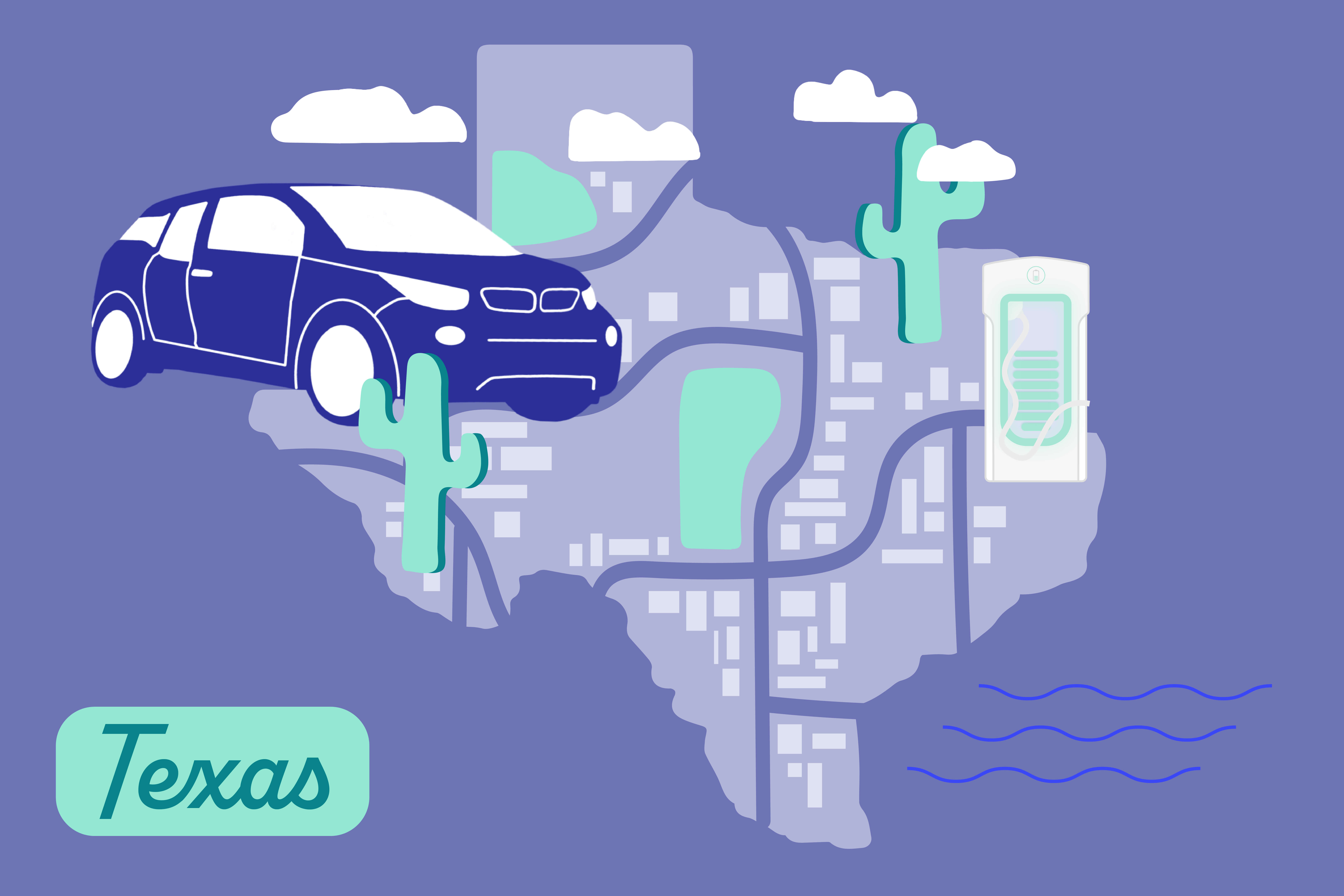 Texas has the third highest number of EV registrations as per the US Department of Energy in June 2021. Below you will find how the state is supporting electric vehicles (EVs), as well as other factors to consider when buying a new or used EV.

What incentives and programs does Texas have to aid EV adoption?

When deciding to invest in a new or used electric vehicle, it is useful to consider what incentives and credits are available. First, Texans can use the federal EV tax credit, for up to $7,500. This credit, however, has a cap for each vehicle manufacturer. Both Tesla (the most popular EV manufacturer in the state) and General Motors have reached this cap. Texas also has a light-duty motor vehicle incentive program, which offers up to a $2500 rebate for battery-electric vehicles (BEVs)

Texas has an extensive network of private and municipal utility companies. Many have similar incentives, but details for major areas are listed below.

Lastly, an EV will cost less to maintain and “fuel” over time. Texas’ electric utility prices are over 2 times cheaper than gasoline fuel. Maintenance for EVs is also much simpler and therefore cheaper than traditional internal combustion engine vehicles. There are fewer moving parts, no oil changes, and the regenerative braking feature of EVs (charges battery while braking) leads to less frequent brake pad changes.

Mild temperatures are optimal for EV battery performance and longevity. Li-ion batteries perform best between 60°F/15°C and 95°F/35°C.  At extreme high temperatures, material degradation takes place, which causes permanent capacity loss. Vehicles that spend an extended amount of time in high temperatures will need battery replacements sooner. Texas’  climate ranges from semi-arid to sub-tropical. The figure below shows the average temperature over the entire year. Typically, most of the state is experiencing weather within the ideal temperature window. However, because Texas can have many days above 95°F, it is recommended to store EVs in shady areas or garages when possible. It is also worth noting that at hot and cold temperature extremes, drivers will be using climate control. The vehicle heating and air conditioning is also powered by the battery on-board, limiting the range for that trip.

Texas has the potential to have a diverse renewable energy portfolio, because of abundant sun and wind. While renewables currently make-up a small portion of the electric grid, there has been steady growth. From 2010-2020, wind and solar increased from 8% to 25% of total electricity generation. This growth continues to lower the carbon cost of driving electric vehicles in Texas.

Another attribute to consider for battery lifetime and performance is the terrain. The high power loads required on steep hills and mountains can also affect the lifetime of the vehicle battery. Southwestern Texas would most likely experience these effects the most.

Texas currently has 2,139 Level 2 and DC fast charging stations with 5,100 ports (see figure below). Roughly, there is one charging port for every 15 EVs. Most charging stations are within major cities, but accessibility will continue to improve, because Texas will receive $408 million over the next 5 years from the bipartisan Infrastructure Investment and Jobs Act to continue expanding the EV charging network.

Is Texas a good market for EVs?

The average price of a used EV in Texas is $40,902 - just below the national average price of $43K but in the midrange for states with highest used inventory. Of note, there are more high priced models for sale in Texas than in other states: nearly 20% of all used EVs are over $60K. Part of this may be because of Texas’ direct sales ban on new Teslas, meaning that customers who might otherwise prefer a new Tesla instead purchase newer model years second hand.

As always, the popularity of high priced used inventory in the state does not mean that more affordable cars aren’t available. The lowest priced listing is a 2011 Nissan LEAF for just under $6K, and almost 200 vehicles are listed at under $20K. This includes LEAFs, Chevy Volts, Ford C-Max and Energi, BMW i3, and VW e-Golfs. The cars in this price range will be older and have more limited range, but are not less reliable cars. If you have a short commute or need a first car for your teenager, an inexpensive and short range EV may be perfect.

If you’re looking for a used EV in Texas and have a bit more of a budget, there are over 500 cars listed under $30K: Toyota Prius Primes, Chevy Bolts, Honda Clarity, and Audi A3 hybrids. Of course, you can always find newer models of those listed above, often with higher range.

About 30% of the vehicles listed are priced under $40K - mostly newer versions and higher trim levels of the lower priced offerings. If you start looking around $45K to $55K, older Tesla Model S and many Model 3’s are available, too.

The most expensive used EV listing in Texas is a 2021 Model S, priced at $149K. This is standard pricing for this year and model in most states, and you can expect such a car to have the highest level performance package and tons of features. Other high-priced models in Texas include other Teslas, the Jaguar I-PACE, the hybrid BMW i8, and the Audi e-tron.

Texas is definitely used Tesla territory, as the chart below shows. Despite the Gigafactory in Austin, Texans cannot buy a new Tesla in Texas, and must purchase one out of state, or buy a later year model used.

Recurrent tracks 470 vehicles in Texas of which 425 of those are full battery electric and 40 are plug-in hybrids. In terms of the battery electric vehicles in our research fleet, their lifetime average daily mileage is 28.7 miles, with most cars never exceeding 65 miles a day. This range within the ability of most used EVs, especially if you have easy access to a home or work charger.

Almost 70% of the used EVs in Texas are 2018 or later model years. This is good to know because later year EVs tend to have higher starting range and lower range degradation. Starting in model year 2019, there is a major increase in the average EPA rated range available.

65% of the used EVs in Texas are Teslas, which also have a slightly higher average daily mileage than other car brands. Chevys, including the Volt and the Bolt EV, are the next most popular brand.

If we exclude Teslas from our data, we see that the average daily mileage drops to 21.2 miles, with the maximum daily miles for most cars topping out around 55 miles. The average non-Tesla EPA rated range is 204 miles, with used cars retaining an average of 94% of that. More than 56% of the non-Tesla used EVs are from 2019 or later, with 25% of them from 2019 alone.