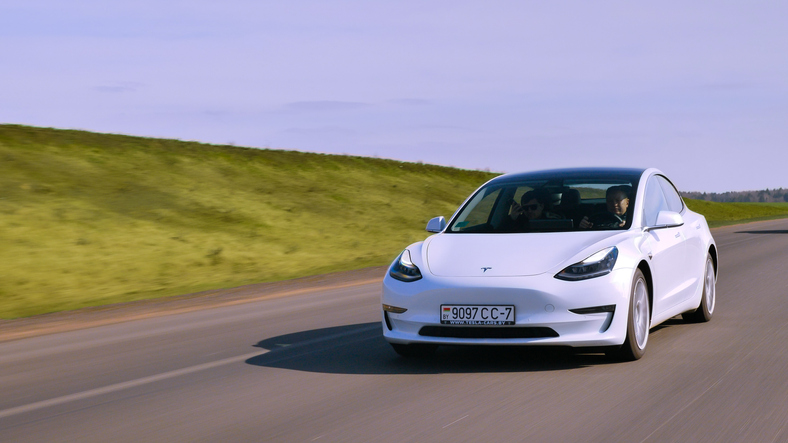 The Problem with the EPA Range

Range is one of the most important things for EV shoppers and drivers. Having to think about how far you can go on a charge is new to many, and this difficulty is compounded by how hard it is to understand and compare EV ranges. Although range can feel like a moving target, it’s not actually much different from how miles per tank vary in a gas car. But, when you’re paying attention to every mile, it can feel much more foreign.

What is EPA Range?

The one accessible piece of information about EV ranges is the EPA Rated Range. This is a number that the EPA publishes for each electric vehicle on the market, detailing how far that car can drive on a full charge. The EPA range is tested under a set of very controlled conditions. Manufacturers use a tool called a dynamometer, which is essentially a car treadmill, for their range tests.

They simulate city driving and highway driving on this dynamometer, and then combine those range scores to get the total range number. The highway range gets 55% weight and the city driving 45%. The EPA also uses the default drive mode for the car, meaning they will not actively turn on eco mode or performance mode, but use whatever the car defaults to. With the dynamometer tests, you have almost arrived at the EPA rating, but there is still another calculation.

Sounds Simple So Far…or Not

Calculating the highway and city range for an EV is simple, and so is taking a weighted average of those two numbers. The complication comes in during the next step: an adjustment factor.

After performing the dynamometer tests, each car manufacturer can decide on an “adjustment factor,” also called a “derating factor” that is meant to take into account real world factors that are not part of indoor testing. These factors include things like air resistance, elevation changes, and road roughness which will reduce the raw number that you get from the dynamometer. Most manufacturers use a fixed adjustment factor of 0.7, meaning that the final range estimate that gets sent to the EPA is 7/10 of the raw figure.

But here’s the thing: each manufacturer gets to choose whatever adjustment factor they think best represents the vehicle’s actual range. It doesn’t have to be the 0.7, and some companies (like Tesla) famously do not use that value.

As an example, let’s look at the 2019 Tesla Model 3 Long Range. The EPA application lists a 495 mile city range and 455 mile highway range - both taken from a test performed in 2017. This gives a 477 mile combined range. The EPA lists a 310 mile range, which means that Tesla is using a 0.65 adjustment factor. But then in 2020, despite using the same 2017 test results, the Tesla Model 3 Long Range has a 330 mi range. How is this possible? Tesla simply decided to increase the adjustment factor to 0.69. And, while some manufacturers do not change around the adjustment factor, it’s totally possible and permissible for Tesla to do so. This leads us to the first problem with relying on the EPA range.

While the raw range test numbers are pretty accurate, they don’t translate into usable information for a driver or shopper, since they grossly overestimate how far the car can go in real world conditions. But, since every manufacturer can use a different adjustment factor for their reported range numbers, it can be hard to compare EPA ranges between different brands. For instance, new Nissan LEAFs and Chevrolet Bolts usually outperform their EPA ranges and see much higher dashboard and actual range. Tesla ranges are often below the number reported by the EPA. So,

Issue #2: EPA Range is Not Accurate

The other, bigger issue with EPA range is one that we talk about a lot. Since the EPA range is performed under such strictly controlled conditions, most drivers will see slightly different actual ranges, even when the car is brand new. And, if the EPA range is not accurate on day one, and it is most certainly not accurate after several years of driving an EV. As the car and its battery are used and get older, the battery capacity and performance will degrade, reducing the total range available.

As of now, the EPA range is the best we have. Other car reporting companies, such as Edmunds, perform their own range tests on EVs, but methodology and repeatability are always an issue. Meanwhile, Recurrent is working to tackle the issue and bring greater transparency to used EV range. We do this by crowdsourcing data to understand the range that drivers actually get on their cars. We hope to reduce reliance on the EPA range as the gold standard for comparing how far different EVs can go.

If you're an EV driver, you can sign up your vehicle to contribute to understanding real world range and range degradation. Read more and get started.