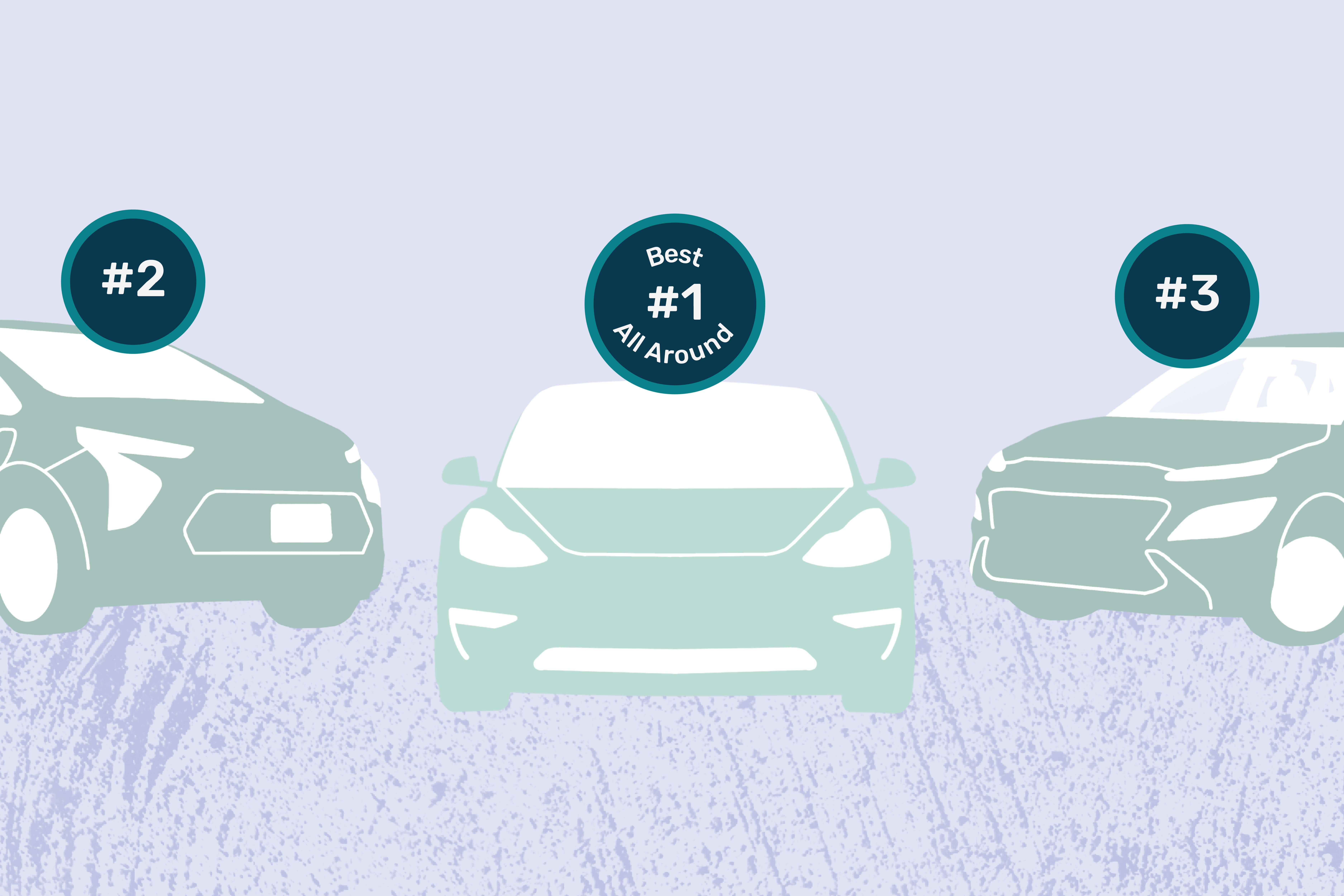 The term “efficiency” for a car is not much different than the common usage of the word. It measures how much you get for every unit you put in. It can be as simple as how many miles you can run on a single slice of pizza, how many square feet you get for $100, or how many clicks you get when you post that silly dog picture online. In terms of cars, efficiency means how far you can drive for a given amount of fuel. For ICE cars, the fuel is gasoline, and the efficiency is miles per tank or miles per gallon.

For EVs, the gas tank has essentially become the battery. You can consider miles per charge, but it’s hard to compare efficiencies when a LEAF has a 24 kWh battery and a Tesla has 100 kWh battery. Like in a gas powered car, efficiency is measured per a standardized unit. If you’re comparing EVs, efficiency is often measured in range per kWh, which is specific to electricity. If you’re comparing across different sorts of vehicles, however, it is common to measure efficiency is MPGe, or miles per gallon equivalent. This uses the standard conversion of 33.7 kWh per gallon of gas, and allows us to understand just how much more efficient an electric car is than a traditional car.

Overall, electric cars will always be more efficient than gas powered cars because less electricity is lost to heat and friction than when you rely on combustion to power an engine. “According to the Department of Energy (DOE), in an EV, about 59-62 percent of the electrical energy from the grid goes to turning the wheels, whereas gas combustion vehicles only convert about 17-21 percent of energy from burning fuel into moving the car. This means that an electric vehicle is roughly three times as efficient as an ICE vehicle” (NRDC)

What are the most efficient new 2022 EVs?

What are the most efficient used EVs?

The factors affecting EV efficiency are not that different from the factors that affect ICE efficiency. More powerful engines on both types of cars use more energy and decrease efficiency, so the performance models of many EVs are less efficient than their base model counterparts. Things like driving uphill, quick acceleration or hard braking, and the type of tires on your car also can decrease efficiency. The critical difference between ICE and EVs in terms of efficiency is that in an EV, the energy consumption and the energy efficiency may not be the same.

Interestingly, researchers from Carnegie Mellon University found that aerodynamics (which determine drag) and powertrain efficiency (how easily the car gets energy to turn the wheels) may be more important for efficiency than battery chemistry. The low drag of the Model 3 is the prevailing explanation for why it is consistently the most efficient EV on the road (see below for more).

As part of Recurrent's funding from the National Science Foundation, we sent on-board devices to get realtime driving data from a cohort of Tesla Model 3 and Nissan LEAF participants. One of the data points we collected was efficiency, and we learned a ton.

First, efficiency is not a fixed number, even for the same car. It changes ride to ride based on the factors discussed above. In fact, if you plot efficiency, you get a distribution that shows how likely a car is to have any particular efficiency. You can take statistical values from these distributions to say what value is most likely.

Secondly, we learned that real world efficiency for these two popular models is much closer than the stats above would lead you believe. In the histogram below, you see the frequency that vehicles in each cohort hit various efficiencies. Note that the chart above lists efficiencies as 100 miles/ kWh and this data shows 1 mile/ kWh. You can multiply the efficiency values in the graph by 100 to get them to match.

If you’ve been a long time ICE driver, you have probably never considered your car’s efficiency. Instead, you’ve probably thought about your car’s fuel consumption, which is a related but slightly different term. Energy consumption is very simple: it is just how much energy a vehicle consumes to go a mile. For an ICE car, this is how many gallons or liters of gasoline it uses. For an EV, this is the electricity needed. In a conventional car, fuel efficiency and fuel consumption are the same thing, but in an electric car, there is a slight difference between the two. The electric efficiency of an EV considers all the electricity used for the vehicle, not just what’s used to make it go.

Where else is electricity used, other than making the car go? In many cars, your high voltage battery also powers your climate control, lights, and on-board systems. Some electricity is lost while the battery is charging - this is called charging loss, and includes electricity lost to heat, and that used by your battery management system to regulate the battery’s temperature and rate of charge. You may see when you charge that you add 20 kWh, but only have an additional 18 kWh of drivable range. The 20 kWh is part of the energy efficiency calculation, while you can only consume the 18 kWh that is actually added to the battery.

Consumption vs. efficiency also captures energy lost to phantom drain, or the electricity required to keep your EV maintained when not in use. For some vehicles, such as Chevy Bolt, there is very little phantom drain and what you see available when you turn your car off is what you see when you turn it back on. For cars like Teslas, however, the onboard diagnostics and telematics systems use a significant amount of electricity even when not being used.

How does the EPA calculate efficiency?

The EPA, or Environmental Protection Agency, is responsible for measuring and reporting the efficiency of all consumer vehicles on the road in the US. It uses five road tests that simulate different driving conditions and then combines them to get a single miles per gallon (MPG) efficiency value. You may be familiar with the city or highway values, which depict the varying efficiencies that all cars get when driving either on a highway or in city conditions and are combined for the total MPG value. For an ICE car, efficiency is higher on the highway, while for EVs, efficiency is higher with city driving.

In 2010, the LEAF and Volt hit the mainstream market and the EPA and NREL (National Renewable Energy Laboratory) wanted a way to compare the fuel economy of hybrid vehicles with the fuel economy of traditional, ICE cars - largely to highlight how much more efficient hybrids are. In order to make this comparison, the amount of energy in one gallon of gasoline is converted using the standard values of 33.7 kWh or 121 magajoules per gallon. As an example of how much more efficient the electric motor is, the fuel efficiency for the 2010 Volt showed that in all-electric mode, it gets 93 miles per gallon equivalent, whereas in gas mode, it is only 37 mpg. The combined efficiency for that Volt worked out to 60 MPGe, which is substantially higher than even a high efficiency gasoline car.

Generally, MPG (as well as MPGe and electric range) are tested according to EPA protocol by the car manufacturer and then reported to the agency. A certain percentage of the reported values are verified by the EPA, but this explains the occasional controversy around manufacturer-stated range values and independently reviewed ranges.

Did you know that the most efficient EVs tend to be the least expensive? Check out the Best Used Electric Cars under $25K