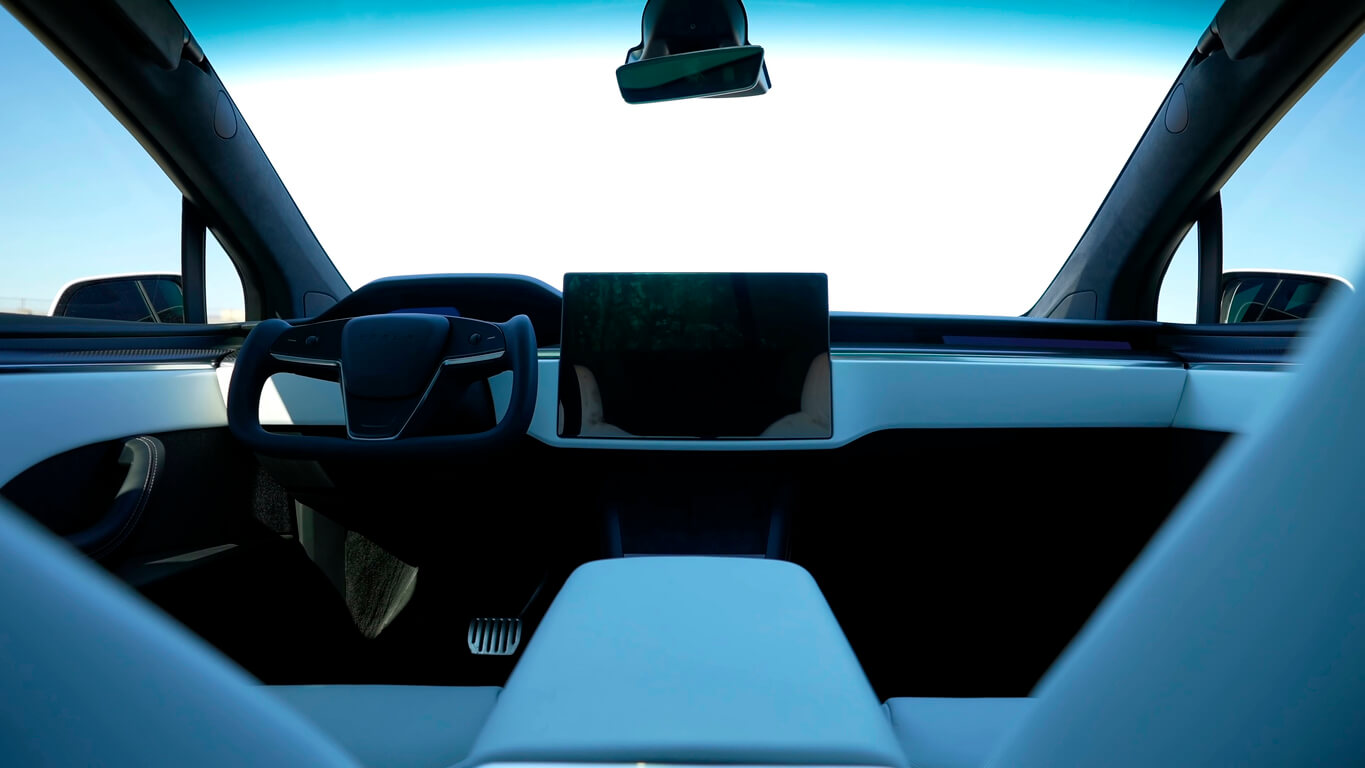 What Kind of EV Battery Is in My Tesla?

It’s hard to keep up with a company like Tesla. Not only do they have an ever expanding roster of trims and software to customize their cars, but there are now three different batteries that any given Tesla may have! Depending on what battery is in your Tesla, you may have different charging recommendations, cold weather performance, and range.

Generally, which battery you’ll get is determined by what exact model and trim configuration you choose, but we’re going to break down the different battery types with some of the important things to know about each one. We’ll also let you know how to check your battery type.

NCA: Nickel-cobalt-aluminum, aka “the original”

When Tesla released the Model S back in 2011, it did so with battery cells called “18650s.” This name comes from the dimensions of the batteries, which are 18 mm diameter and 65 mm length. There are thousands of these cells in each pack and they perform incredibly well. For the Model 3 and Model Y release, Tesla switched to a “2170” cell that is 21 mm in diameter and 70 mm in length. This updated size was able to store more energy in a smaller volume and doubled the effective current in each cell, lowering the vehicle weight and cost. Some of the 2017 cells were produced by LG with a slightly different chemistry - NCM, or nickel-cobalt-manganese.

NCA and NCM batteries are made with both cobalt and nickel - two materials that are politically and economically fraught. Since they are both sensitive to price fluctuations and are predominantly sourced from nations that can be unfriendly to the US, they can be more expensive and ethically complicated. However, they do have very high energy density, meaning that they are great for performance models and anything that needs quick, powerful acceleration. Tesla toyed with increasing the nickel content in its batteries since it is a cheaper and easier to acquire material, but cobalt is required to stabilize high-energy nickel.

NCA batteries should not be charged above 90% for most daily uses since they are naturally less stable at high (or low) states of charge and are more sensitive to degradation in these states. Currently, Tesla’s NCA batteries are produced by Panasonic at the Nevada gigafactory and by LG Chem in China.

How to tell if you have NCA batteries in your Tesla?

Open your charging menu and click “set limit.” If you see the words daily and trip, then you have an NCA battery.

LFP: Lithium-iron-phosphate, aka “the new guy”

Tesla announced in fall 2021 that they would be switching to LFP batteries in all standard range Model 3 and Model Ys. By Q1 of 2022, half of the vehicles delivered worldwide were equipped with these new batteries. The LFP cells are also 2170s, largely produced by CATL in China.

LFP batteries solve several problems that crop up with NCA and NCM batteries. Most notably, they are cobalt free, so the ethics of supply chains are no longer an issue. They also trade iron and phosphate for nickel, both of which are easier to find in friendly nations. This means an easier to build, cheaper battery. Finally, LFP batteries are much less likely to undergo thermal runaway, or failure that leads to a fire. Their increased stability means they have longer lives and can be charged to 100%, which Tesla recommends doing at least once a week.

So why haven't we been using LFP batteries all along? The key is in the energy density, or how much energy can be stored per volume. LFP batteries can be 30% less energy dense than corresponding nickel batteries, meaning that similar packs can store 30% less. They also have slightly lower operating voltage. Rumors that the LFP batteries suffer more range loss in cold weather have largely been dispelled.

Currently, in the US, LFP batteries are used for rear wheel drive or standard range Model 3 and they are used for both the 3 and the Y in China.

Take a deeper dive into LFP vs NCA.

How to tell if you have LFP batteries in your Tesla?

Open your charging menu and click “set limit.” If you see 50% and 100%, then you have an LFP battery. You can also go to Controls > Software > Additional Vehicle Information to check battery type.

The 4680 “tabless” battery pack: aka “the revolutionary”

Think about the double A battery in your remote. It has a little bump on one side, and a little indent on the other. Technically, those things are called “tabs,” and they are what electrons flow in and out of when a battery is being used or charged. Most lithium ion batteries have them, too. At least until Tesla’s 4680 tabless batteries.

Let’s go back to tabs.

The problem with tabs is that since all electrons exit through one and enter through another, it can cause a wait, or a traffic jam, at the single entry and exit points. This is especially true when batteries get larger - like 70 or 80 mm in length. And, like in any traffic jam, things like road rage and collisions can happen as all the electrons try to get out of the single tab. This traffic jam produces heat, which is another word for wasted energy. Using a single tab for entry and a single tab for exit is not efficient when you’re trying to move a lot of electrons, which you need to do in, for instance, a car.

This problem can be solved by introducing multiple exits and entrances, but the mere existence of tabs is still a limit on how much energy you can move at once. Tabs create potential failure points for high voltage batteries, can provide extra resistance during charging or discharging, and slow down manufacturing since they need to be welded on.

Enter the 4680 “tabless” batteries. These cells boast five times the energy, six times the power (rate of energy delivery), and 16% range increase. They are great at fast charging, since there is lower ohmic resistance (less of a traffic jam getting electrons back into the battery). They use fewer parts and can be manufactured more easily and at a 14% cost reduction in kWh.

So far, the Austin Gigafactory has been producing 4680s for use in some Model Ys (we even have one in the Recurrent fleet!) but many - or most - are still going out with the 2170s. The ones with the new cells are cool for another reason, besides the added range and cool tech: the batteries are actually part of the car’s structure.

Batteries are heavy, and they require heavy supports to hold them in the car. By making the batteries part of the car itself, the overall weight of the vehicle can be reduced, making it easier and cheaper to power. It also streamlines the manufacturing process, theoretically leading to less expensive Teslas.

Take a look at this video by Munro Live to see what it looks like.

What’s the trade off with both the 4680s and the structural pack? So far, it seems like the biggest issue will be repairability. While it is technically possible to remove and replace the battery pack from the new Model Ys, a peek in the service manual suggests that it takes over 300 steps to do so.

Looking for more about Tesla batteries? Check out Tesla Battery Replacement Costs, Tips, and Owner Lessons, and LFP Battery in Your Next EV?