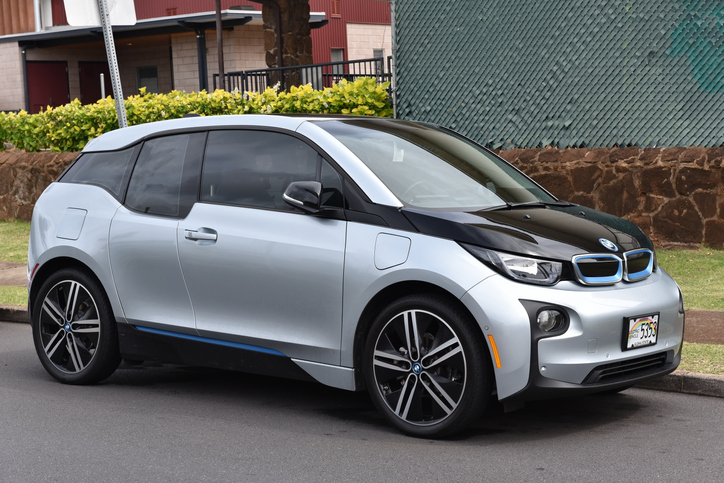 BMW i3: A Call for Drivers

The BMW i3 has been an electric vehicle pioneer for eight years with over 200,000 cars on the road. However, there is a lot that can still be learned about its EV batteries over time, like the role of climate, charge cycles and mileage. Our battery reports will answer many of those questions by using machine learning to find insights about health and degradation. As is often the case with machine learning, more data means better results so we need more BMW drivers to unlock all of the features and reports available to other EV makes and models.

Connect your i3!
‍

i3 Range and MPGe

While i3 range varies by trim and year, the two key factors are fuel cell size and something called a Range Extender. The i3 lithium-ion batteries have been as small as 22 kWh and as large as 42 kWh with ranges between 80 and 180 miles on a full charge. That’s a wide variance, but battery size was only part of the reason.

BMW introduced a small gas motor in some i3 models, called a Range Extender. Unlike a typical hybrid, which uses a gasoline engine to power a drivetrain, the Range Extender only generates power to charge the battery while in motion. Think of it as an onboard generator.

Miles per gallon of gasoline equivalent, or MPGe, is a metric developed by the EPA for hybrid and emission-free vehicles. While range quantifies distance, MGPe calculates efficiency, and the two are not directly correlated.

This comparison of two i3 models from 2017 shows the difference between range and MPGe.

Keep in mind that these ratings are from fresh-off-the-line new vehicles. Batteries naturally degrade over time so it is important to monitor battery health and i3 range with Recurrent reports.
‍

Today i3 drivers from 17 US states contribute to the collective knowledge of their vehicle battery performance trends. While only a small sample of the US i3 population, it reflects a range of climate conditions.

The i3 fleet also includes a broad representation of vehicle trims and ages, including models from each year between 2014 and 2019. A diverse assortment of make-model-year combinations helps i3 owners know more about their cars this year and in future years. That means fewer surprises.

Our reports anonymously record battery vitals each day and compare them against other similar vehicles.

Charging your BMW i3

There are many charging options for the BMW i3. The BMW i Wallbox is an at-home solution that promises 80% full charge in 5 hours, but does require special installation. BMW has also partnered with EVgo so drivers can access 800 fast chargers and more than 35,000 Level 2 chargers around the country. Finally, all BMWs also come with basic home plugs, although they are not recommended for every day use.

You don’t have to use a BMW branded charger for your i3, either. Other internet favorites include ClipperCreek HCS40 and Schneider Electric EV230WS. It is recommended to get a charger that provides a minimum of 30 amps, which will require a dedicated circuit rated for at least 40 or 50 amps.

Used Market Trends for BMW i3

There has been a surge in used BMW EV inventory in the past six months, and the make-model often ranks highly on our list of top used EVs. That should not be surprising. BMWs are known for holding their retail value well, but you can find very affordable used options. While the 3-series and 5-series are gaining steam in the used market, the i3 still dominates in terms of what is available, making up around a third of the used BMW EVs for sale. Prices range from $8,500 for a 2014 i3 to $60,000 for newer models, but the mean price hovers just under $20,000, making it a very affordable, mid-priced used EV. 2018 i3’s are 34% of the used inventory and 2017s make up 24%. Both of these years received accolades from the car industry, with Top Gear’s review calling the 2018 “The best small premium EV you can buy.”

If you own an i3, connect it now to preserve its battery life and resale value!