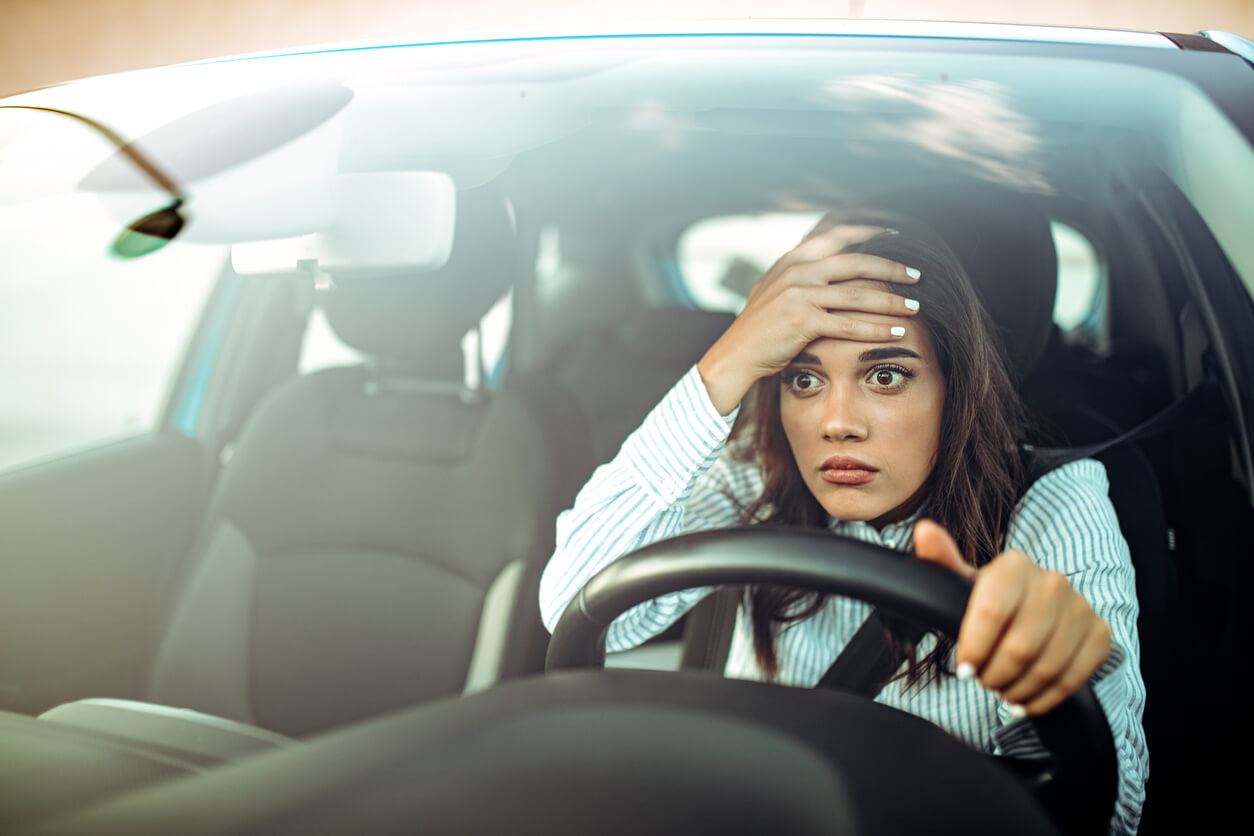 Range Anxiety: How to Relax and Enjoy the Ride

Most drivers don’t think much about when or where they’ll fill up their tank, other than shopping around for the best gas prices. Whether hitting the pavement for a daily commute or a lengthy road trip, there’s probably a gas station along the way. The downsides to that convenience?

The adoption of electric vehicles is crucial to global efforts to reduce carbon emissions and reach energy independence. It’s also a great way to reduce the energy burden on lower and middle income families. Still, electric vehicles account for less than 4% of vehicle sales in the U.S - even though that number is steadily rising.

What’s preventing widespread EV adoption? One of the biggest barriers is range anxiety.

What is Range Anxiety?

“Range anxiety,” or “charging anxiety” as it is sometimes known, is the fear that EVs will run out of power on the road, leaving drivers stranded, or that they won’t be able to charge their car when they really need to. That desperation you might have felt when your phone battery dropped to 10% and you realized you left your charging cable at home? It’s like that, but for your car.

When it comes to EV perception, range anxiety weighs heavily on people’s minds. Thirty-seven percent of EV drivers polled said they frequently changed their plans or felt anxious during regular driving due to their vehicle’s range. This fear affects drivers all across the country, although local charging infrastructure definitely matters. For instance, California has the most charging stations of any state, with 29% of all charging stations in the U.S. Since there are so many chargers along the west coast, only 25% of drivers felt they frequently changed plans. Meanwhile, chargers are more scarce in the midwest, where a whopping 51% of Midwesterners reported being frequently deterred from taking a trip.

The fear of losing power is very real, and understandable, especially for those who have only ever owned vehicles with internal combustion engines. But how much of that fear is based in real-world data, and how much of it is, well, anxiety?

First off, like in gas cars, electric cars have a sophisticated “range predictor” on the dashboard that lets you know how much battery you have left. Unlike cell phone batteries, your car’s battery will not suddenly drop to zero. You will have plenty of warning.

EV ranges have also been improving every year, with new 2021 models averaging a range of 217 miles. Still, that’s a lot less than the median range of 413 miles for ICE vehicles. EVs need to be charged more frequently than ICEs need to stop for gas.

How concerned should EV drivers be about losing power on the road?

The truth: not very.

Less than 4% of EV breakdowns are due to a dead battery. According to a study published in Nature Energy, car owners systematically underestimate how capable an electric car is at meeting their daily needs, a cognitive bias that’s seriously hindering the global adoption of EVs. Researchers found that 90% of car trips could be completed by a car with a modest range of 124 miles, and that increasing the range has minimal impact on day to day life. These days, some EVs even have longer ranges than gasoline vehicles.

It’s worth noting that gas vehicles aren’t without their fuel concerns, either. Eleven percent of U.S. drivers keep driving when their low fuel light comes on. Last year, AAA saw a 25% increase in their out of gas service calls, rescuing 200,000 stranded motorists between January and April.

How Much Do Americans Really Drive?

The Bureau of Transportation Statistics reports U.S. daily travel averages 11 billion miles a day, or about 40 miles per person per day. Recurrent’s own data reports Americans average between about 18 miles per day (in Puerto Rico) and 42 miles per day (in West Virginia). Taking that largest average of 42 miles, a full day of driving uses less than 20% of the average EV’s range (217 miles). Assuming EV owners charge their cars at night, or even while they’re at work, they won’t have to worry about running out of battery.

That being said, there are two reasons to look for an EV with more range than your simple daily commute:

Electric vehicle infrastructure and charging options are improving every day. Some cities are experimenting with installing EV chargers along utility poles, making it easier for apartment dwellers to charge up. EV owners in Seattle will only pay $0.20 per kWh to charge at such municipal sites (roughly 3 miles of charge) while the city covers the rest of the associated costs.

If drivers are worried about running out of juice on the go, portable EV chargers, adaptors, and charging services are becoming more common. Though portable chargers are pricey, they can be a lifesaver if drivers find themselves in an area without any outlets. With an adaptor like the J+ BOOSTER 2, any outlet can become a Level 2 charging port for an electric vehicle. Services like SparkCharge are designed to charge vehicles while drivers go about their day, summoned via an app and charging the car without the need for the driver to be present.

Even fully swappable car batteries, replaced in a matter of minutes while the driver sits inside, are becoming an option, challenging the EV charging station industry (though swappable e-bike and e-scooter batteries are more readily adopted in the U.S., and that’s not likely to change for the next few years). Swappable batteries are a hit in China and taking off in some areas of Europe, though they likely won’t arrive in the U.S. until 2025.

For drivers planning a road trip in an EV, direct current fast charging can charge some new EV batteries up to 80% in 20 minutes to an hour, or about the time it takes to stop for food and a bathroom break. Older (but popular) EV models still take longer to charge up, though.

Two additional solutions are offered by Recurrent team members (and EV drivers). First, frequent road trippers could also own an EV for their short, daily commutes and rent an ICE vehicle when they head out on longer adventures. This situation leverages of cheap electric charging pricing most of the year to afford occasional rentals. For those who are still wary of fully electric vehicles, plug-in hybrids (PHEVs) can offer peace of mind, switching to ICE power when the electric battery runs low. They’re a great option for those who want to try out the EV lifestyle but still rely on the convenience of gas stations.

When it comes to range and charging anxiety, the real-world data suggests there’s nothing to fear. For almost all day to day needs, a single battery charge is more than enough to get drivers where they need to go. With EV ranges and charging options improving every year, even drivers who travel longer distances shouldn’t have any trouble if they plan ahead. Car owners who haven’t yet taken the leap from gas to electric might hesitate due to misconceptions, but getting informed can do a lot to assuage those fears.

Ultimately, what has been shown to be the best cure for range anxiety? Turns out: it’s owning an electric vehicle.

Do you have a story about range anxiety? Share it with us to be included in a follow-up piece.