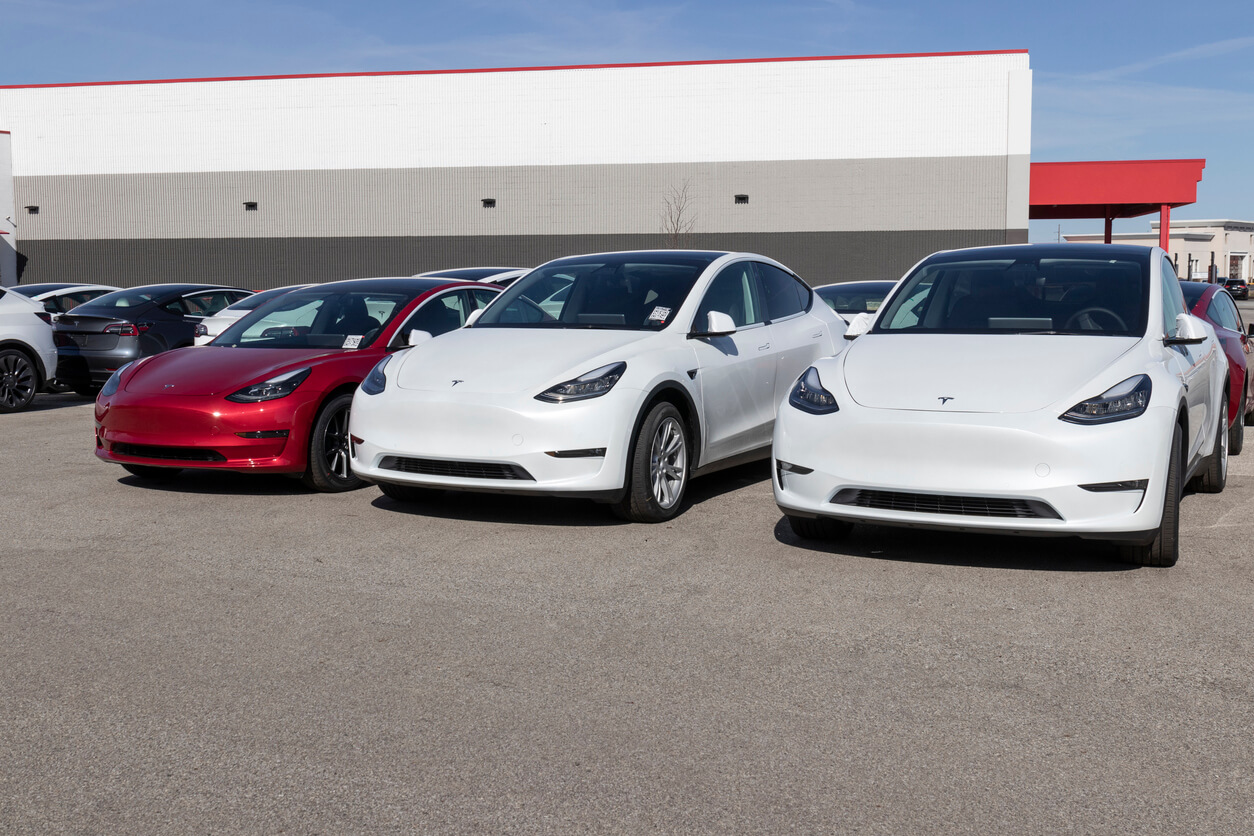 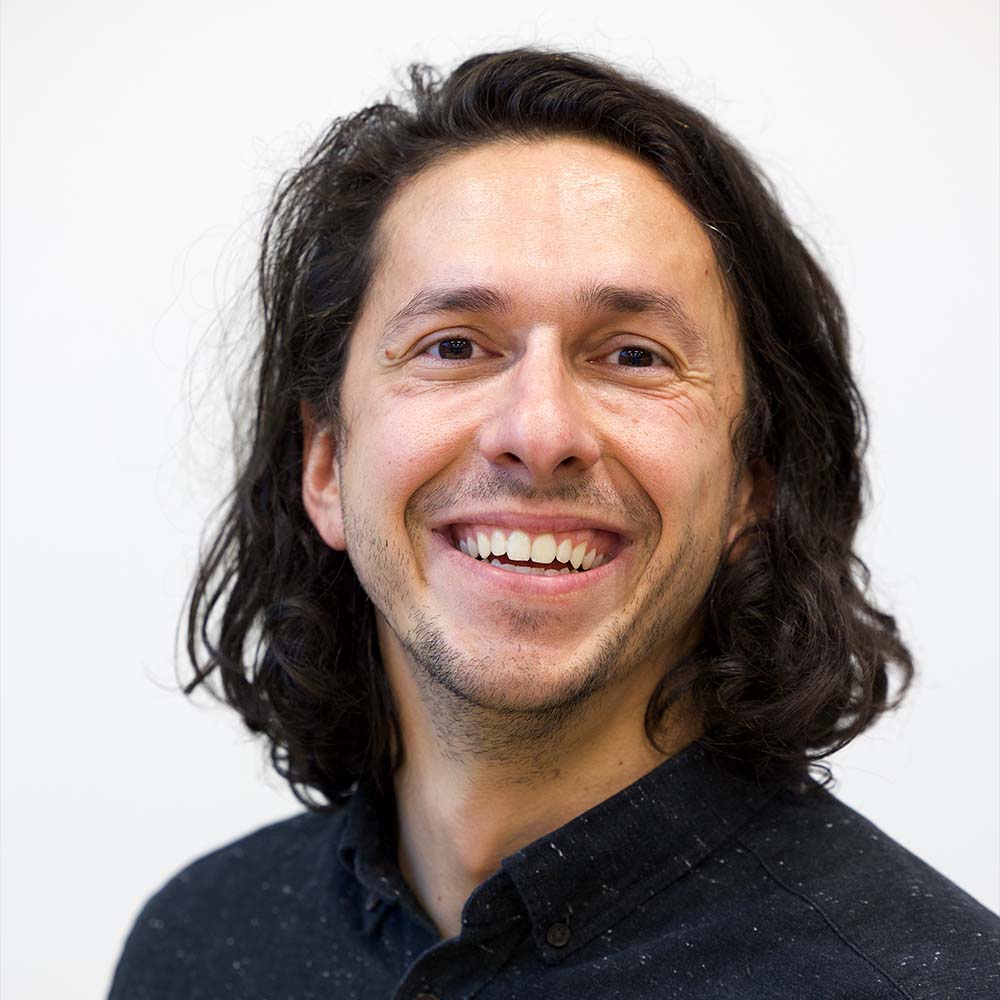 Used Tesla prices, in particular, are always fluctuating. So many variables affect them.

We realized that a report every 3 months is too infrequent for Tesla enthusiasts and car dealers who are seeing them as trade-ins. That's why we are excited to announce a free monthly newsletter.

On the first Thursday of each month, subscribers receive a summary of used Tesla prices that is aggregated from 50,000 car dealers and a recap of the latest trends and announcements. Use this form to sign up.

The big news since August 2022 has been the passage of the Inflation Reduction Act, which includes an updated set of EV tax credits. There are many changes to vehicle eligibility, and, for the first time ever, federal support for used EV shoppers.

That's right: eligible used EVs will be able to qualify for up to $4K in tax credits starting in 2024. Unfortunately, this is mostly irrelevant for used Tesla shoppers, since the price cap is $25K.

Definitely relevant for Tesla, however, is that this act lifts the 200,000 vehicle sales cap for manufacturers, which Tesla had surpassed in 2019. Starting in 2023, eligible new Tesla purchases (and also GM/Chevy purchases) can get up to $7500 back. What sales and what vehicles will qualify as "eligible" remains to be seen, as the new rules have strict battery sourcing and assembly requirements. There are also income caps for buyers and MSRP caps for vehicles.

Read more about the details or watch our dealer-focused webinar about the used EV credit.

TL;DR: Some Model 3s and Model Ys may qualify for federal tax credits starting in 2023, and point-of-sale rebates in 2024.

However, until 2023, used Tesla prices are tumbling. They fell around 10% across models and model years from July to early November, with the mid-priced Model 3 and Model Y holding their value better than the luxury Model S and Model X.

Over the past two years, the used Tesla market has had a lot of upwards price pressure due to the supply limitations in the new car market. So, it's no surprise that price decreases in the used market coincide with record production figures in Q3, with 365,923 Tesla vehicles being produced and 343,830 delivered. From August 2021 to August 2022, sales rose 105% and Tesla's market share almost doubled. Of the produced and delivered vehicles, around 95% were Model 3 and Model Y, which Tesla is leaning into heavily. Across the globe, only 100,000 of the almost 2 million current vehicle production capacity is dedicated to the high-end Model S and Model X.

Another factor that has been driving Tesla shoppers to the used market has been the available inventory, whereas in 2021, the wait times for new Teslas had reached 6-8 months. However, now that Tesla may be eligible for the $7500 tax credit come January 1, many buyers may be holding off their purchases.

Almost 1 in 3 EV purchases in the US is a Tesla Model Y (the Model 3 makes up another third), and projections show that each Tesla sale is 4.5 times more profitable than those of traditional OEMs. But, despite those shimmers of hope, Tesla is having a rough go of things. Recall back in May, the Shanghai plant had suffered major production delays related to covid shutdowns. It didn't get better from there.

There has been a lot of coverage about employment at Tesla in the past few weeks. First, Elon rescinded the work-from-home policy, requiring everyone to be in a physical Tesla office for "a minimum (and I mean *minimum*) of 40 hours per week or depart Tesla." Then, in a move that was truly a self-fulfilling prophecy, he said he had a "super bad feeling" about the US economy and directed execs to slash head counts for salaried staff by 10%. This was then revised down to 3-3.5%, but the company is still facing lawsuits about the sweeping layoffs, since they happened without a federally-mandated 60 day warning.

After a 0.5% rate hike for Tesla financing in early June, Tesla went ahead and raised their prices for new cars - again. This is not bad news if you have a Tesla that you're looking to sell, since new prices are reflected in used prices, but it is a signal of the challenges that the company is facing.

In a twist of fate, the price for both Model S and Model X Plaid has remained unchanged. I guess at over $130K each, they are already generating enough profit.

To round up Tesla's no-good-very-bad month, the National Highway Transportation Safety Administration upgraded its investigation into 830,000 cars with Autopilot. The investigation was initiated in 2021 to look more closely at collisions between Teslas and emergency vehicles. But now, this "formal upgrade to an Engineering Analysis will evaluate additional data sets, allow the NHTSA to perform vehicle evaluations, and explore the degree to which Autopilot or other Tesla systems “'may exacerbate human factors or behavioral safety risks by undermining the effectiveness of the driver’s supervision.'" (from Teslerati)

Sales for most major auto manufacturers plummeted in Q1, but in the face of major materials shortages, Tesla somehow still came out on top. "Tesla’s U.S. sales during the 2022 first quarter more than tripled from the same period in 2019, pre-pandemic, rising 256% during the three-year period" as compared to an overall industry drop of 18%. This increase is in spite of customers facing rising purchase prices, long wait lists, and no more charge connectors for new vehicles.

Two related pieces this month talk about how Tesla's tech-industry pedigree makes it easier to for the company to remain flexible in the face of major obstacles.

The first talks about how vertical integration means that the company designs and produces more hardware and software in-house than in a traditional auto company, meaning that they don't have to rely on standard auto suppliers who may be held up due to the supply chain. It also means that in-house tech teams can change up a component design "quickly to accommodate alternative chips."

Tesla is also allowing drivers to take possession of vehicles without all the bells and whistles. Notably, they are offering customers delivery without accessories such as Bluetooth and USB components. On top of that, they are paring down some of the design elements for quicker production, omitting radar sensors and lumbar support.

Another big move was to cut a redundant steering component from the Chinese production line in order to use fewer semiconductors. While engineers say the removed piece was not operationally necessary, it is required in order to make the cars fully self-driving, a feature that Musk has suggested is due out "any day now." The Model 3 and Model Y that are built without this second steering component will need to have hardware installed in order to fully leverage eventual software releases.

Let's start with the good news: Gigafactory Berlin is online and if all goes smoothly this week, Gigafactory Austin is, too! The Berlin factory is particularly well timed since Tesla Shanghai has been closed since March 28 due to a covid lockdown in China, meaning that the world is losing out on 10,000 Model Y and 6,000 Model 3 every week.

Production was set to resume this week, but was delayed. Meanwhile, the price of a Model 3 in Germany went up €7,000 since last week, making it too expensive to qualify for for German EV incentives.

The other sticky supply chain issue these days is - not semiconductors - but nickel. Nickel is required for lithium ion batteries, and the major exporter is none other than Russia. Luckily, Tesla signed a deal with an alternate nickel suppliers in January. Nonetheless, it seems likely that material scarcity triggered the March price increases.

In our last newsletter, we mentioned the February 1 recall for Teslas enrolled in full self-drive beta tests. It turns out that was only one of the recalls that February saw.

Another concerning recall involved the automated emergency braking system (AEB) that was causing phantom braking. Phantom braking is exactly what it sounds like - the car erroneously detects a pending collision and brakes in order to avoid it. In effect, the car suddenly stops with no warning. This recall affects over 400,000 2021 and 2022 Model 3 and Model Y vehicles and comes only a few months after a November phantom braking recall related to full self-drive. The recent issues might be related to a software update that adjusted what tech the car uses to "see" the world around it.

In possibly related news, Tesla announced it would stop putting radars into newly produced Model S and Model X vehicles. The company had already stopped using radars in 2021 and 2022 Model 3 and Model Y - the exact model years under recall due to phantom braking. How this plays out remains to be seen, but in the meantime, the recall is being addressed via over-the-air update from Tesla.

The other major February recall is about pedestrian safety. All EVs are required to have pedestrian warnings when they run at low speeds since they operate so silently. In 2020, Tesla released "Boombox," a feature that allows drivers to play media or silly sounds (famously, goats and farts) from an external speaker. The NHTSA, which regulates the pedestrian warning system, decided this month that Boombox interfered with the safety system and recalled almost 580,000 Teslas. An update disabled Boombox in drive, neutral, and reverse.

Earlier in February, a sweeping recall hit 817,000 Teslas that may fail to prompt drivers to buckle up. Another recall hit around 26,000 vehicles that had faulty heat pumps. Like in the other cases, these were both fixed by over-the-air software updates.

The frequency of Tesla recalls would be shocking to most major car manufacturers, but Tesla seems unfazed. The issues cited above have caused no recorded collisions or injuries, and they can be addressed with relative ease for the company and almost no bother or cost to the owners. However, lawmakers are turning their attention to the way Tesla releases, tests, and updates new software.

On January 17, 2022, the price of full self-driving (FSD) increased, and it is promised to increase further as the software becomes more sophisticated. As of February 1, this has not increased the purchase price of a used Tesla Model 3 from either national retailers or tesla.com, which bundles FSD with used Model 3's.

More interestingly, the price discrepancy between Tesla and other retailers for a used Model 3 has narrowed, with the average price at national retailers of $51,300 and $54,500 at Tesla.

Meanwhile, on February 1, 2022, Tesla issued a recall to for 54,000 cars enrolled in its full self-driving beta tests. The recall will remove a programmed feature that permits "rolling stops" under certain driving conditions.

This week Tesla removed the 2022 Cybertruck production estimate from the website. While that one simple edit caused lots of speculation, it should remind us -- and the 1+ million Cybertruck reservations holders -- of an important Tesla theme for 2022: demand will continue to exceed supply. The continued appetite for Tesla is impressive, particularly after delivering nearly 1 million vehicles in 2021, an 87% increase.

From the website this week, Tesla projects these delivery windows for new models.

What does this mean for used Tesla prices? We see no reason for used Tesla values to decrease. That's likely welcome news for anyone with a Tesla in their garage today, but potentially discouraging for those looking for a more affordable entry point to the EV leader.