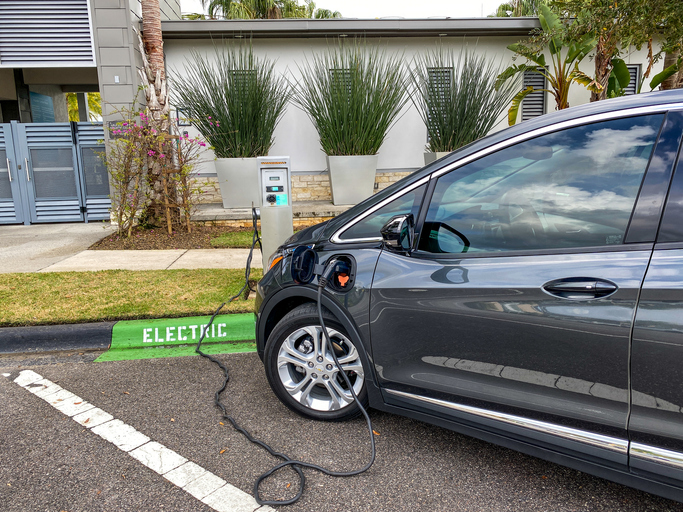 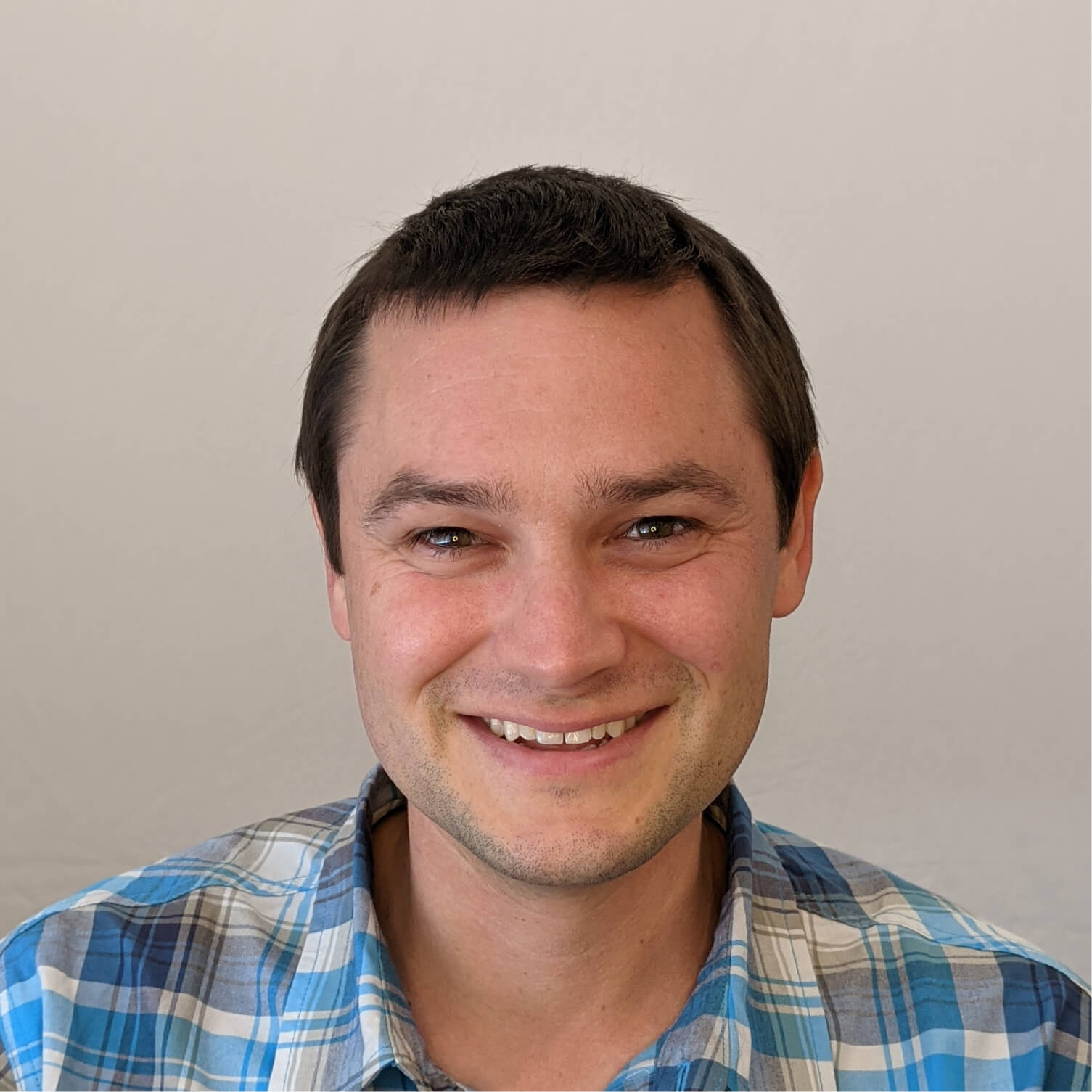 We have been closely following the battery issues in Chevrolet Bolt models since the initial recall announcement on November 17, 2020. It impacts thousands of Bolt owners in the Recurrent community so we will continue to monitor this and provide updates.

This story has evolved quickly so, rather than starting at the beginning, we're going to share our latest data then work back. For general information about the Chevy Bolt, check out its range and battery guide.

It's been 2 years since Chevrolet first announced a recall of its Bolt. By mid 2022, Chevrolet and the National Highway Traffic Safety Administration (NHTSA) reported that well over half of 2017 to 2019 model year batteries had been replaced, but had made less progress on newer models.

Recurrent helps EV owners monitor their batteries with 1500+ Bolts connected in the US. We found that 30% of 2017 to 2021 Bolts have recorded a battery replacement, but newer models are lagging.

Chevrolet has prioritized early model years since the beginning of the recall. While this shows that the company has made an incredible amount of progress in 2 short years, this recall is far from over.

The reason these two numbers don't align is because most of the Bolts that have been serviced so far are the older Bolts (that had lower range and more degradation). We also tried to avoid the potential for false positives in that 2022 recall percentage, so we used 2017 to 2021 model years only.

Bolt drivers across the US have been gleefully getting their batteries replaced. The swaps seem to take a few hours to a day and Recurrent has not heard any direct reports of problems associated with the replacement.

The resale market for used 2017-2019 Chevy Bolts has reacted in some immediate ways in the last week. Used inventory for these model years has increased by 75% in the last 30 days, compared to an overall used EV inventory increase of just 28% over the same period. Meanwhile, the average price for used Chevy Bolts has increased by 2.8% over the last 30 days, which is in line with the overall used EV market figures -- up 2.3% over the same period.

“It looks like used Bolts are piling up on dealer lots over the last week as buyer uncertainty over the latest recalls is causing people to hesitate. But long-term, a usedChevy Bolt that gets a brand new battery in 2021 is an amazing deal. It’s like the odometer is being reset to zero. ” said Scott Case.

After waiting more than a year since the original problem was announced, Bolt drivers are finally having their high voltage batteries replaced. The replacement work seems to have started in October, and the pace really picked up towards December.

Since we have range prediction data for so many Bolts, we thought it would be interesting to look at the change in predicted range for vehicles with the battery replacement and without. We found that the average range prediction increased from 213 to 235 miles - a 10% increase in range for those vehicles that have had their batteries swapped.

Another comparison we were able to make is between the range estimates for the same Bolts before and after the replacement. The average range estimate increased 27 miles, or 13%, after having a new high voltage battery installed.

Even though a full battery pack replacement is a rare occurrence, it just goes to show that the age or odometer of an EV may not be correlated with its performance.

GM announced that defective battery pack replacements will start in October. For model years 2017 to 2019, the full pack will be replaced. For 2020 to 2022 vehicles, only defective cells will be swapped. The battery replacement was announced on July 23 for 2017-2019 model years, with the full recall on August 16, 2021. New modules are currently being produced at an accelerated pace, but until battery replacements are completed, drivers are advised to follow the charging and parking restriction announced in July and August.

In addition to the hardware fix, GM is rolling out a second battery monitoring tool for Bolts. Similar to the first software fix, this one promises to monitor and diagnose faulty cells before they pose a risk to the vehicle or driver. This software update will be rolled out within two months and can be installed at a Chevy GM dealer. Upon installation and diagnostics, drivers can charge their battery to 100% as needed.

Recurrent has been monitoring the used Bolt market to see what has changed in response to this news, especially now that there is a new stop-sell order for all unrepaired Bolts from Chevy GM dealers. Other car manufacturers have also begun refusing trade-ins for Bolts until the battery is replaced. Third party dealers are still allowed to sell in-inventory Bolts.

Since August, used Chevy Bolt inventory dropped 29% while all used EV inventory increased by 18%. The sales halt might explain the significant, counter-trend drop in Bolt inventory if dealers are pulling listings. This inventory contraction might be exacerbated by the GM production halt - anticipated to last until mid-October - that might be pushing new Bolt shoppers to the used market.

Following news of a fire in a 2020 Bolt, GM announced a full, voluntary recall of all Bolt EV and EUVs from 2017 to today. This includes vehicles made in the US that were previously exempt from recall announcements.

The newest recall advises that drivers limit charge above 90% using Hilltop Reserve or Target Charge Level settings, charge more frequently to avoid remaining range dropping below 70 miles, and cautions drivers against parking indoors or unattended vehicle charging. All defective lithium ion modules will be replaced with new ones, and Bolt batteries with replaced modules will essentially reset the clock on their warranties, too. The new modules will have a new 8 year, 100,000 mile warranty.

The chart below shows how many of Recurrent’s Bolt EV and EUV drivers are charging outside of the recommended charge states over time. Model year 2020 to 2022 Bolt drivers had previously not been covered under the recall, so many had been using the full range of battery capacity. However, after the May 5, 2021 software fix, the percentage of drivers charging above 90% or below 70 remaining miles dropped across model years.

“This is something that owners of newer Bolts need to start considering as they plug in,” said Scott Case, Recurrent CEO. “Looking at historical data from owners of other model years, we're talking about a lot of people -- potentially 30% of these owners -- who have to change their behavior for a while.”

It is worth noting that we don't know what proportion of people are ignoring the guidelines out of necessity. The Bolt is a popular commuter and some people might actually require more range than the new guidelines allow, especially in these warm summer months.

Now that the news of the July 23 recall has had time to circulate amongst Bolt drivers, we are seeing some significant behavioral changes around charging. The plot below shows the likelihood that drivers in our fleet are charging to various charge percents.

Bolt owners and EV enthusiasts alike have been closely following the Bolt battery issues since the initial recall announcement on November 17, 2020. Impacted batteries are in 2017, 2018, and some 2019 Bolts made in LG Chem’s Ochang, Korea facility.

The purple shade, representing data from the first recall announcement, shows drivers limiting their max charge via “hilltop reserve” to around 90%, while the pink shows a return to full capacity charging after the software update in May and June. The green shade indicates charging since August 1, showing a clear shift in max charge rate. Drivers in August seem to be keeping their vehicles at a lower maximum charge than they were after the first recall, indicating that they are being extra cautious with their batteries.

Since GM has given guidance on where to set vehicle state of charge to minimize risk of fire, we decided to look at the charge levels from 1000 Chevy Bolt drivers subscribed to Recurrent’s battery monitoring to see how this group of highly engaged and attentive owners responded with their charge levels to guidance from GM.

‍This chart shows state of charge observations for Recurrent’s 2017 and 2018 Bolt drivers from October 2020 through today. Vertical lines correspond to recall dates as described below. See below for a detailed view of the recent time period.‍

The data since July 23 doesn’t show much behavior difference in charge levels yet, but there wasn’t an immediate difference in November 2020 either. Slightly fewer observations (5.85% after July 23 vs. 6.45% prior) are above 93%, but we still observe that nearly 19% of Bolts have at least some observations at 100% state of charge since July 23.

The late July guidance was the first time that GM recommended a minimum charge level (70 miles or roughly 30%). Our observations indicate no noticeable behavioral change as a result of this: just 3% of our observations are below 30% state of charge, which is about the same as what we saw before the latest guidance.

“The Bolt owners that we’re seeing data from are probably the most engaged and responsive group out there. They are thinking about their battery health all the time. It’s a little concerning to see nearly 20% of these cars still charging to 100% at times, but it’s understandable given the changing guidance over time,” said Scott Case, Recurrent CEO.
‍