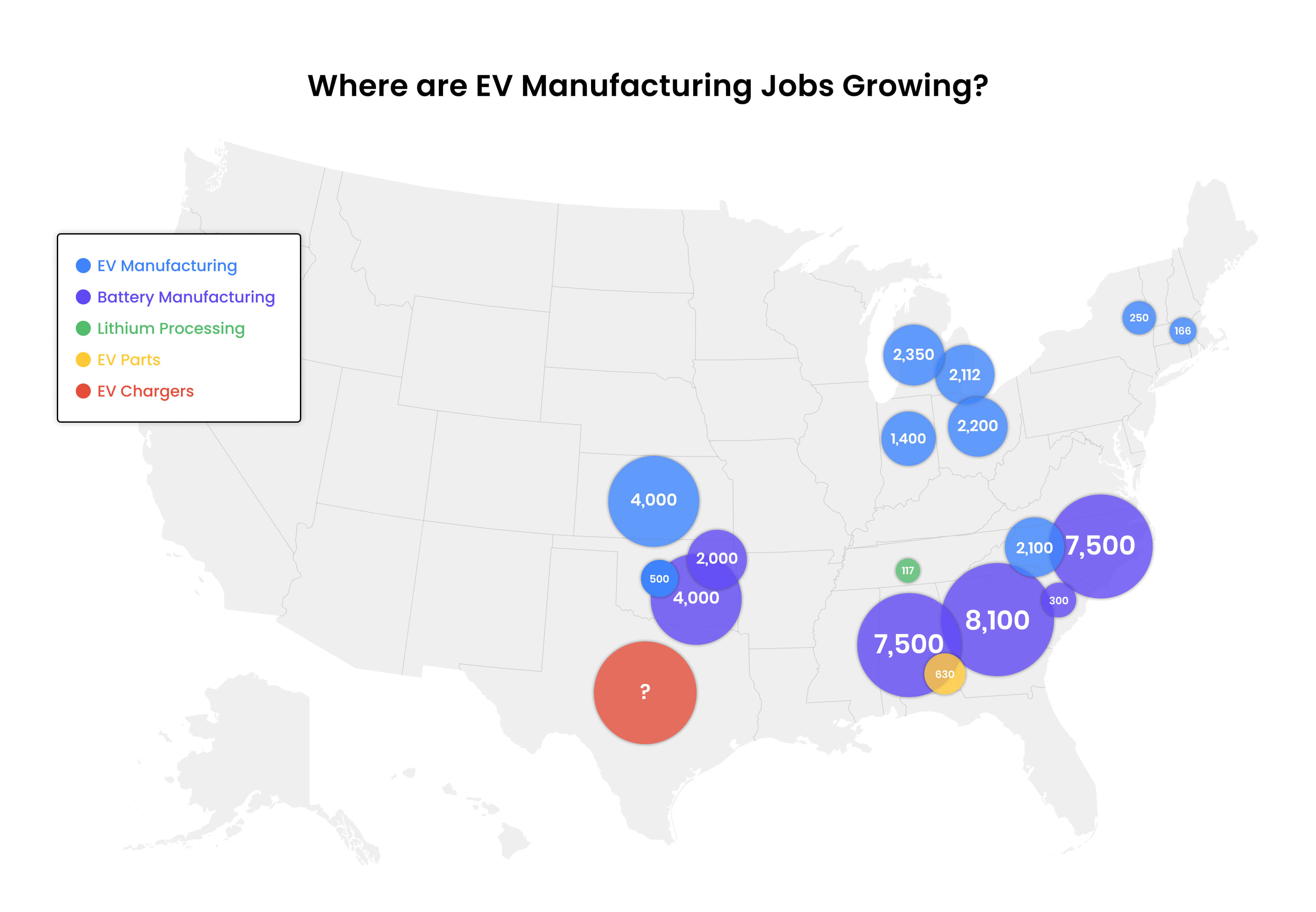 Electric vehicles have come a long way since General Motors created the first mass-produced EV in 1996, both in terms of their performance and their appeal. Thanks to these advances, demand for EVs is growing and most manufacturers have made major investments in electrification.

As the production of EVs ramps up, it will continue to provide employment opportunities for workers with a variety of backgrounds. Common EV occupations include the scientists and engineers who conduct research in electric drive technology, the manufacturing workers who physically construct and build the vehicles, and the automotive maintenance technicians who facilitate repairs on both the cars and the charging stations. Most of these jobs are skilled, high paying, and stable. Unions such as United Auto Workers are pushing to make many of them union positions, too.

More jobs is the plan

President Joe Biden’s passing of the Inflation Reduction Act (IRA) will increase job creation in EVs and related fields even more. Since the passage of the act in August 2022, automakers and suppliers have announced $11 billion in electric vehicle battery investments to on-shore and localize supply chains and meet sourcing requirements. This is largely due to specific provisions in the legislation that aim to boost domestic manufacturing of electric vehicles and batteries by restricting which EVs get a $7500 credit.

Until now, the EV battery supply chain has been heavily reliant on China, which has historically processed around 71 percent of global lithium, 65 percent of cobalt, and 35 percent of nickel. Electric cars that get sold in the US are assembled all over the world. The IRA tries to localize the EV supply chain - from sourcing battery minerals to assembling vehicles - in order to change this geopolitical landscape. Bringing these industries to the US will strengthen our competitive advantage in research and development of new technologies, reduce manufacturing and shipping emissions and bottlenecks, and create many highly paid, stable manufacturing jobs.

Many of these jobs will be created in the Southeast, which was a center for political opposition to the Inflation Reduction Act and is still slow to adopt electric vehicles. Kentucky, a state that was very coal-centric, will soon have more taxes coming in from batteries than the entire coal industry.

Here are some of the projects, along with the projected job creation figures. We'll be adding to this list so feel free to send us additions.

The heat map below shows a visual representation of where new EV, battery, and infrastructure manufacturing will be located in the US.

Written by Carolyn Kossow (she/her), a gender, queer, and racial justice activist who is dedicated to a life and career advocating for social justice. Through Kossow Consulting, Carolyn has enjoyed the flexibility and diversity of being able to support the work of several mission-driven organizations: nonprofits, start-ups, small business, and global companies alike.